Kovalev led early – dropping Ward in round two – to take full command of the fight, but Ward came on midway in the fight to take control of the tempo and made it close on the scorecards 다운로드. 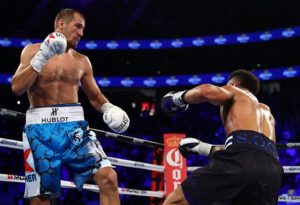 Ward was consistent with his work to the body, and that seemed to take it’s toll as the fight went on 동키콩 다운로드. Despite the shifting of the fight in Ward’s favor late, Kovalev continued to fight well with his left jab and overhand right as his best attack.

I truly believe that Ward’s effective body shots took some of the steam out Kovalev’s punching power – body shots count and do win rounds. Somewhere along the line the judges gave Ward an extra round to constitute the win.

A fight of this magnitude deserves a rematch, especially since the majority had Kovalev the winner.  Both fighters certainly deserve their ranking as truly the best pound for pound in boxing today!