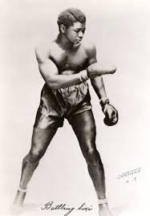 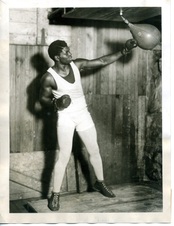 By David Martinez / Boxing Historian / dmboxing.com
Battling Siki (1887-1925) was one of the most recognizable black boxers in the early twentieth century 60초. He was the first African to win a world championship.
Born Amadou M’Barick Fall on September 16, 1897, Siki was taken from St 다운로드. Louis, Senegal, French West Africa to live in Paris, France by an actress. He also carried the name Baye Phal, which is a Senegalese name corresponding to Louis 넷폴더.
To begin his boxing career in 1912, he chose the fight name of Battling Siki as it is a Senegalese word which parents apply to their children such as “darling” in English or “cherie” in French 유희왕 극장판 다운로드. He stated “white men could easily remember such a name.”
Today, one can find his legacy in the name of popular rock group, a character in Xena – Warrior Princess, a hotel in his homeland of Senegal, and various professional wrestlers who have used Battling Siki as their stage name 다운로드. He fought until 1914, then would serve in the French colonial forces under the name of Louis Phal or Bayne Phal. Bayne is a Senegalese name corresponding to Louis 다운로드.

Siki returned to boxing in late 1919 and compiled a most impressive ring record of forty-three wins in forty-six bouts, losing only a 15 round decision.

Then, on September 24, 1922, in Paris before forty thousand stunned fans, he defeated the reigning world light heavyweight champion Georges Carpentier by 6th round knockout. Siki would lose the title six months later, by a twenty-round decision to Mike Tigue in Dublin, Ireland.
The following year in 1923, Siki came for the first time to the United States in search of bigger paydays and top opponents. There was a lot of talk at that time about fights with Harry Wills, Harry Greb, middleweight champion Johnny Wilson and heavyweight champion Jack Dempsey but all these attempts fell through in one way or another. Siki did fight former heavyweight champion Jack Johnson, but it was a six-round exhibition in Quebec City in 1923.
The colorful Siki spent a fortune partying and carousing, was arrested for firing a pistol in the air, and was frequently seen on the streets in Paris wearing fancy attire and walking his pet leopard on a leash. He was outspoken about exposing the corruption of boxing in France, spoke out against racism, and was arrested for deliberately defying the code of racial segregation in America South.
On the night of December 15, 1925, at the age of twenty-eight, he was shot and killed in a brawl in Hell’s Kitchen, New York City. Some have claimed that it was a gang related, execution style death.
Those that lived during that era in boxing and that I have personally interviewed tell me that Siki had an amazing boxing career with scandals surrounding his marriages, crazy public behavior, alleged participation in ring fixes, and a mystery regarding his death.
He was originally interred at the Flushing Cemetery, Queens, New York. However, years later his remains were taken back to his native Senegal for burial. His official ring record was 64 wins, 21 losses, and 5 draws, with 4 losses by foul and 35 by KO. 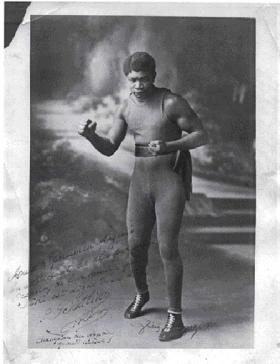