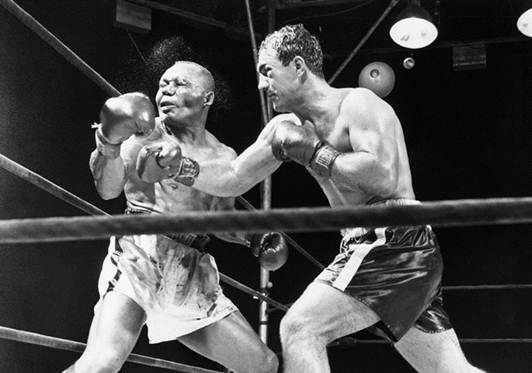 Here is my list of the 15 best punchers in the heavyweight division from the start of the Marquis of Queensberry era, (i.e.) 1892 to the present. A formula that I am using to help illustrate this for each boxer is to show their percentage of knockouts which is calculated by the number of wins they had with the number of knockouts in those wins 멜론 개별 곡.  This formula isn’t intended to determine the order in which I have placed them; the order also includes my opinion of them as punchers.

I am not concerned about “who beat who”, how many times they were knocked out themselves or the results if they would have fought each other.  Their physical size or if they were a world champion has no bearing – this is strictly based on strength of punching power with the opponents they fought 케이엠플레이어 다운로드. Why isn’t Muhammad Ali on this list?  Personally, I would take Ali to beat any of these punchers on my list – but mostly by decision wins and not by knockouts. When I write rankings of boxers in any capacity I always get disagreements and feedback, so please know that I respect your opinions, and hope you will respect mine 모드 매니저.

#3) Sonny Liston (50 wins / 39 by KO – 78.0 %) Heavyweight champion 1962-1964. The most intimidating heavyweight ever, his left jab alone was so powerful that it knocked opponents out – the jab – and his left hook was nothing less than devastating 애즈원 천만에요 다운로드.

#4) Rocky Marciano (49 wins / 43 by KO = 87.7 %) Heavyweight champion 1952-1956. He retired undefeated. Had limited skills and had a weight disadvantage, but his tremendous will to win overshadowed that with bigger opponents; his fights averaged a remarkable fewer than 5 rounds per bout.  Was responsible for the greatest knockout in heavyweight history in his 1952 title win over Jersey Joe Walcott in round 13 despite being behind on all scorecards 화이트칙스 다운로드.

#6) Earnie Shavers (75 wins / 69 by KO = 92.0 %) He is the first entry that was not a heavyweight champion 다운로드.  Has the second highest knockout percentage of anybody on my list, an average of knocking out nine of every ten opponents he faced.

#8) Bob Fitzsimmons (66 wins / 59 by KO = 89.3 %) Heavyweight champion 1897-1899 영화 어느날 다운로드. Famous for solar plexus punch, which was his perfect hook to the body. One of the greatest boxing historians that I ever met, Al Nelson, once told me that Fitzsimmons was the most underrated puncher he had ever seen – I never forgot his quote from 40 years ago; that is why he is on my list.

#9) Mac Foster (30 wins / 30 by KO = 100 %) Second entry that was not heavyweight champion. He has the highest knockout percentage of anybody on my list; he knocked out every one he faced in his 30 wins 다운로드.

2 thoughts on “Best Punchers ~ The Heavyweights”