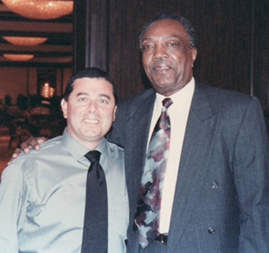 I consider myself truly blessed to have seen over the past fifty years all the boxing greats 다운로드. I have written various articles ranking different boxers in their primes, but I feel compelled to write now about a division in boxing that hardly anyone ever talks about – light heavyweight 다운로드.

I started to watch boxing in 1961 and prior to then, the ten (not in order) greatest light heavyweights, in my opinion,  were:  Bob Fitzsimmons, Sam Langford, Harry Greb, Gene Tunney, Tommy Loughran, Maxie Rosenbloom, Billy Conn, Jimmy Bivins, Ezzard Charles and Archie Moore 다운로드.

The best light heavyweight that I have seen in my era of boxing (1961 to present) is Bob Foster. He won the WBA and WBC light heavyweight championship on May 24, 1968 with a spectacular four-round knockout over Dick Tiger.

Foster held the title until November 1970 when he stepped up in weight to challenge Joe Frazier for the heavyweight championship. The unbeaten powerful Frazier out weighed him by more than twenty pounds and won by a spectacular knockout in the second round.

Although still recognized by the WBC as light heavyweight champion, the WBA stripped him for not fighting their top contender and taking the Frazier fight out of weight class.

In 1972, Foster won back the WBA version of the title with a second-round knockout over Vicente Rondon.  Then in what I consider his most devastating career knockout, two and a half months after the Rondon bout he completely destroyed undefeated #1 rated contender Mike Quarry by knockout in four rounds.

Later that same year, he traveled to London, England and defended his title against hometown Chris Finnegan and won by a fourteenth-round stoppage in a bout which was the Ring Magazine 1972 Fight of the Year.

In 1974, Foster fought Jorge Ahumada to a fifteen round draw. He retired after that bout for one year, then came back and fought seven more times before officially retiring in June 1978.

I consider Bob Foster to have been the best light heavyweight in the past half century.

One thought on “Bob Foster and the light heavyweight division”