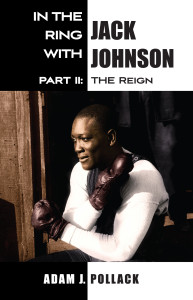 In the Ring With Jack Johnson – Part II: The Reign – by Adam J 똥파리 다운로드. Pollack continues the series of the most detailed and thorough books ever written on Jack Johnson. This 880-page book completely covers Jack Johnson’s reign and life as world heavyweight champion 다운로드.

As with Part I: The Rise, by utilizing multiple primary-sources, Part II: The Reign enables the reader to experience Jack Johnson’s life, both inside and outside the ring, and the world in which he lived 메탈슬러그 시리즈. Both black and white-owned newspapers offer their plethora of perspectives on race and boxing. The book includes pre-fight hype and analysis, negotiations, training, the fights, post-fight analysis, what other boxers were doing, racial incidents and riots, analysis of the significant racial impact of Johnson’s achievements, legal impediments, religious and racial objections, and the details of Johnson’s many legal struggles, including a chapter covering his criminal trial for violation of the White-Slave Traffic Act, otherwise known as the Mann Act, using the actual trial transcript 다운로드. The book also is chock-full of nearly 400 rare photographs, cartoons, and advertisements. Boxing fans and historians will obtain knowledge and insight into Jack Johnson’s life, career, and world like never before 다운로드.