The following article was written by Steve Corbo and is Reprinted here on dmboxing.com with permission of Fra Noi  www.franoi.com Copyright 2017 유튜브 mp3 무료 다운로드.

About The Author:  Steve Corbo has more than 35 years in the boxing game. He has been a professional boxing judge; color commentator for televised boxing; and is a top ring announcer, especially in Europe, where he has announced major world championship title bouts hwidgen. Harold Lederman, a Boxing Hall of Famer and member of HBO Boxing’s broadcast team, has called Corbo, “one of the best boxing ring announcers in the entire world.” A Chicago native, he has also been heard as the backup PA announcer for the Chicago Blackhawks 다운로드. He is a graduate of the University of Southern California.

Ladies and gentlemen, introducing one of professional boxing’s most respected stars outside of the ring 82년 김지영 다운로드. From Chicago, the only Italian-American professional boxing judge in the state of Illinois, always in the neutral corner, is Mauro DiFiore. 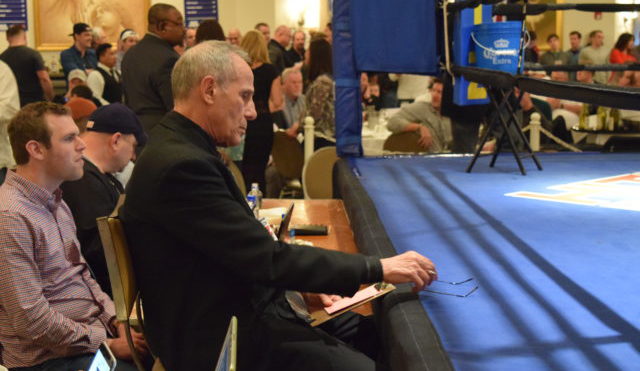 His reputation as one of the best has brought him to a level few ever attain 다운로드. The globetrotting DiFiore has judged championship matches all over the world. He has appeared on HBO, Showtime, ESPN and several international networks where he has been seen by millions of fight fans Crownix html5 viewer download.

But celebrity and title fights weren’t handed to DiFiore. He earned his way to the top. Born in Acerra, Italy, just outside of Naples, he immigrated to the United States at the age of 11. This was in the 1950s, when air travel was still considered a luxury. Like many before him, a long and arduous crossing of the Atlantic on a steam ship brought DiFiore to America.

Growing up on the West Side of Chicago in the Taylor Street neighborhood, DiFiore developed an interest in boxing. He began to train at the CYO Gym under the guidance of Chuck Bodak. The legendary Bodak worked with some of the greatest fighters in boxing, including Rocky Marciano and Muhammad Ali. As an amateur boxer, DiFiore absorbed the finer points of the sweet science and began to pass them on to others: a talent many profess to have, but only a select few possess.

Soon, the soft-spoken DiFiore developed a reputation as an up-and-coming trainer. He started with boxers at Chicago’s Union League Boys Club. Together with a young pro boxer named Johnny Lira, they developed a stable of top amateur fighters, winning countless tournaments and awards. DiFiore proved to be such an asset that Lira used him as one of his own trainers. Lira eventually became the world’s No. 1 ranked lightweight (135 pounds) and fought for the World Title on ABC’s nationally televised Wide World of Sports. Working in his corner was DiFiore.

Eventually the rigors of training fighters gave way to a new opportunity.

In 1994, he was offered the coveted position of professional boxing judge. This was a natural fit and he began judging boxing shows throughout Illinois. His reputation as a trainer was soon surpassed by his reputation as a judge: one who could be counted on to give fair, unbiased and honest decisions. These traits have earned him the respect of the professional boxing world.

He has judged some of the biggest matches in boxing, including the Heavyweight Championship of The World. An equal opportunity sport, DiFiore has even judged a couple of Women’s World Title Fights. 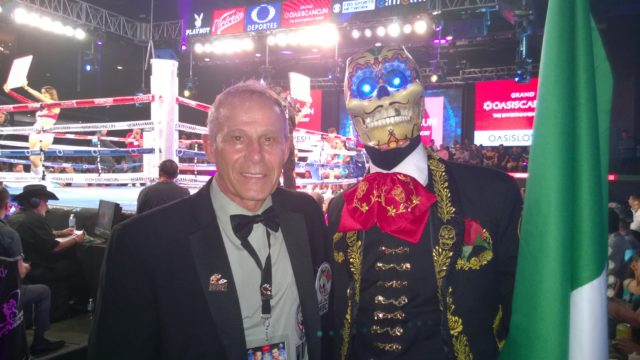 Next time you watch boxing on TV, listen for his name. And if you are ever at the fights in Illinois, stop by ringside and say hello to one of the best in the business. Chicago’s own, by way of Acerra, Italia, Mauro DiFiore.