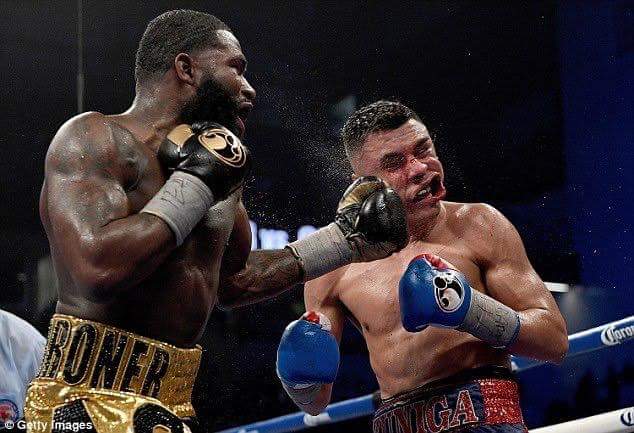 Adrien Broner (32-2 / 24 by KO) won a ten round split decision over Adrian Granados (18-5-2 / 11 by KO) in a scheduled super lightweight bout which was fought at welterweight as both fighters came in over the limit 다운로드.  It took place on Saturday, February 18, 2017 at the Cintas Center, Cincinnati, Ohio.

The fight was action packed with both men landing punches throughout 다운로드. Granados was busier, with a higher total of 683 punches compared to Broner’s 403. But it was Broner who connected at the higher rate of 41 percent, to just 21 percent for Granados 다운로드. Broner landed more effective punches which were more accurate and telling in the fight.

The battle was mostly fought on the inside in a tightly contested bout, but it was Peterson clearly capturing the later rounds to close it out for the win.