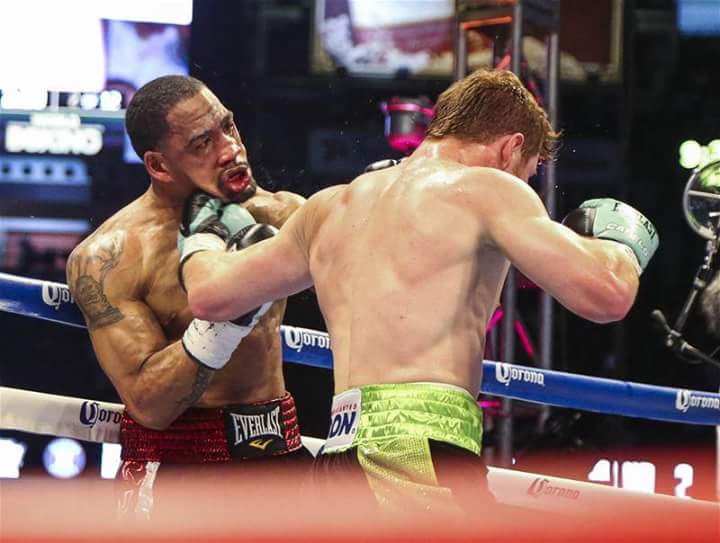 In the aftermath of the Pacquiao-Mayweather, boxing is going through its normal “Oh my what is wrong with our sport!” but as I have mention, sometimes we fail to notice what is happening below the surface 다운로드.

Watching Saul “Canelo” Alvarez fight is watching boxing’s next superstar as he dispatched the hard hitting James Kirkland. Over seven plus minutes, Alvarez landed every punch ever invented in boxing as he just couldn’t miss and took whatever Kirkland threw his way 다운로드. Kirkland is a hard punching fighter but he is not the technical skill fighter than Alvarez.

Kirkland came out smoking as he trapped Alvarez on the rope for the first minute but Alvarez came back to send Kirkland down for an eight count and spent the last minute trying to end the fight.   Kirkland, who is one of the toughest fighters but he not only lack the technical skills but Alvarez had the power to match Kirkland.  Alvarez threw a right hand that literally sent Kirkland body spinning 180 degree before he was sent to the canvas for the final time in the third round 다운로드.

One question I was asked about Floyd Mayweather place in history, the first thing that came to my mind was Alvarez.  If Alvarez goes on to have the great career that he is fully capable of; we will think more highly of Mayweather who at the age of 36 took the 22 year old Alvarez apart and Alvarez doesn’t deny that he learned more from that loss than all of his victory to this point.  He continues to get better and has the potential to be a super star and if Miguel Cotto gets by Danny Geale, look for a big PPV event that will be worth the money in the fall and who wouldn’t want to watch Alvarez-Triple G’s?  And who said boxing is dead?

Meanwhile, CBS featured Omar Figueroa defeating former two division champion Ricky Burns as part of the Premier Boxing Championship series. This fight that could have been held in a phone booth as both men nailed each other with solid shots.  The only real issue with this fight was the referee Laurence Cole who seems to be pestering Burns and even docked him two points for holding even though both men were holding while engaging in toe to toe brawling. One of those points deduction occurred when Figueroa hurt him with a combination in the eleventh round as Paul Malignaggi noted, “You are taught to hold if you are hurt to buy time and clear your head.”  Cole distracted from a good fight and provided one more obstacle for Burns to overcome.

Jamie McDonnell earned a close decision over Tomoki Kameda in a bout that could have gone either way and I had Kameda by a small margin but this was a competitive fight plus Kameda made a big mistake in the final round as he allowed McDonnell to dominate the twelfth round.  This round decided the fight and while McDonnell hit the canvas in the third round, he changed his game plan.  Unable to use his height to an advantage as Kameda proved to be too quick so McDonnell decided to give up his heights and fought on the inside against Kameda.

Kameda is one of those fighters that could only exist in a sport like boxing as he is a Japanese fighter who migrated to Mexico to hone his skills and now is becoming a Mexican sports hero as he speaks fluent Spanish. He was the fan favorite of the Texans audience and in spite of that, the judges gave the nod to McDonnell.