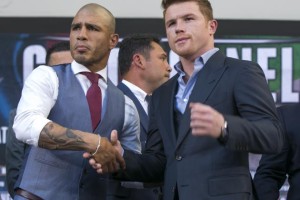 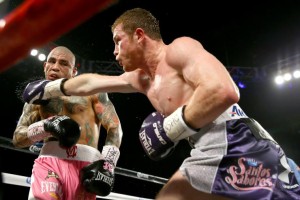 The story about last Saturday Night’s fight was that Miguel Cotto simply lacked the fire power to defeat Saul Canelo Alvarez; and while the fight was closer than the scorecards, the reality was that the decision was hardly controversial 다운로드.

Beginning in the second round, Cotto’s jabs and boxing skills opposed Canelo’s occasional bursts of power.  Canelo landed a left to Cotto’s body followed by a right to the head while Cotto pumped the jabs, some of which were slipped by Alvarez 다운로드.

Cotto’s boxing came in focus in the fourth as he attacked from angles while landing jabs, throwing off Canelo’s rhythm 다운로드. The fifth round saw good action with Cotto landing a left upper cut while Alvarez countered with a right hand.  Cotto answered with clean combinations and Alvarez even had a welt under his right eye due to Cotto’s left jab.

The sixth round saw Cotto’s jabbing but it was Alvarez connecting with the heavier punches.  HBO had Alvarez ahead by a 58-56 margins but some at ringside had the fight even however in the second half, Alvarez power took hold.

Throughout the second half, Alvarez’ power took hold whereas Cotto’s power did not bother Alvarez and Canelo was never hurt.  Beginning in the eighth round, Cotto started to stand and fight to change the momentum.  Cotto threw punches to the body and head but Alvarez answered Cotto’s charges as his punches were harder and delivered faster.  Alvarez parried and blocked many of Cotto’s punches and countered with evil intention.

In the final round Alvarez went for the knockout and had Cotto reeling but Cotto survived only to lose the decision.  While I had no problem with Alvarez winning the fight, I don’t buy the margin on the scorecard.  The first half of the bout was close and I had the fight 8-4 Alvarez and Cotto proved to be competitive.

Now the question:  does Alvarez fight Golovkin?  Triple G is a killing machine at the age of 33 years.  Alvarez is now entering his prime but Golovkin is a natural Middleweight whereas Alvarez is growing into being a Middleweight.  Alvarez is Golden Boy Promotion’s biggest attraction; so would Golden Boy risk having their biggest attraction lose to Golovkin or do they go for broke, knowing a victory will cement Alvarez as the biggest gate in boxing?