*** FLASHBACK – this article originally appeared on dmboxing.com on April 30, 2008

Today with so many governing bodies and organizations around it has become very hard to take someones claim of ” world champion ” seriously.  I mean there is the WBA, WBC, IBF, WBO, IBA and God knows how many more will pop up in the future.  Split titles are not anything new to boxing but in days gone by it was a lot less complicated.  As much as I hated it when either the WBA or the WBC ” stripped ” a champion of his crown for some bogus reason and then “made” their own champion, at least it kept the rift between just two claimants 슈프리마 다운로드.

In some cases there were much needed unification fights like Bob Foster and Vincente Rondon or Carlos Monzon against Rodrigo Valdez.  There were also cases where a unification bout would have generated a lot of fan interest and cleared up the situation but they never came off.  Some bouts that come to mind are Salvador Sanchez vs Eusebio Pedroza, John Conteh vs Victor Galindez and Carlos Palomino vs Pipino Cuevas.  There is one bout that could have taken place in 1971 pitting two champions from Japan who each claimed a portion of the featherweight title.  They were WBC title holder Kuniaki Shibata and his WBA rival, Shozo Saijo.   Alas the fight never materialized.  It seems that today Shibata is still remembered as the man who made great Vincente Saldivar surrender.  What about poor Shozo Saijo ?  He has been long forgotten outside of Japan and somehow that just does not seem quite fair 다운로드. 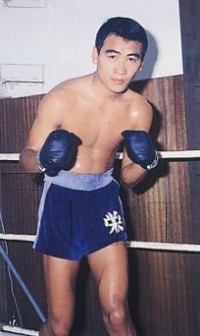 Saijo was born in 1947 and turned pro in 1964.  Shozo was not an instant sensation and over his first twenty fights he compiled a less then earth shaking 14-4-2 record 다운로드. In 1968 he lost a decision to the highly regarded Jose Luis Pimentel.  In a rematch Saijo turned the tables and he got the verdict.  That led to a fight with the rugged Raul Rojas.  After the retirement of Saldivar, Rojas defeated Enrique Higgins to claim the vacant WBA featherweight title 다운로드. Rojas was matched with Saijo in a non title battle and Saijo copped the decision.  On September 27th, 1968 in a rematch with the title on the line Saijo became the new WBA champion 맥북 윈도우 10.

Saijo did not just sit on his laurels.  He was a very active champion who defended his title five times and won seven of eight non title affairs.  His only loss was to WBA super featherweight champion Hiroshi Kobayashi with no title at stake.  Finally on September 2nd, 1971 Shozo lost his championship when he was halted in five rounds by Venezuala’s Antonio Gomez.  Saijo never fought again.  His overall record stood at 29-7-2. He scored eight stoppage victories and suffered only one knockout loss and that was to Gomez.  The path of Saijo and Shibata never crossed when they both held the title at the same time.  Shibata held his portion of the title from 12-11-1970 to 5-19-1972.  Saijo had a longer reign from 9-27-1968 to 9-2-1971, holding his piece of the crown for nearly three years.   A champion like Saijo should not be forgotten.