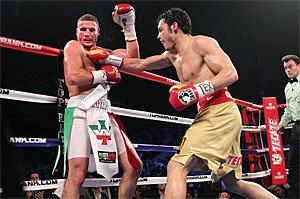 Peter Manfredo, Jr 유튜브 mp4 1080p 다운로드. has never been one of the elite fighters but since his days on The Contenders, he has maintained his popularity and this has allowed him shots at big money fights and even championship bouts.  In the prefight interview, Manfredo, Jr 로그 레거시. noted that he was a blue collar fighter who loves to mix it up as he prepared to fight  another money making machine, Julio Cesar Chavez, Jr. whose linage has allowed him to be a feature fighter in his own right.   Chavez is the son of the great hall of fame fighter, Julio Cesar Chavez, Sr 다운로드. and while he is a bigger fighter than his dad, he has yet shown that he is a great fighter in his own right. He is a good fighter with a good career going so far but with the Chavez name, being just a good fighter is not an option 테라m 유니크 매크로 다운로드.

Manfredo came into the fight as the underdog and knew that he had to win or essentially his career was over. Chavez entered the ring just behind his dad, the living legend loved by many of his Mexican countrymen.  Chavez Jr 다운로드. had the cross of living up to his father reputation as he defended his version of the Middleweight championship.   This promised to be a fight of two bangers and Manfredo came out jabbing as he advanced behind those jabs as Chavez boxed to avoid the charges while he counter with those classic Chavez left hooks.   Chavez spent the first round feeling out Mandredo as he wanted to absorb Manfredo’s punches, checking out Manfredo’s power 다운로드.

Chavez came out opening seconds of the second round with hook  as he alternated between boxing with aggressive style followed by hooks.  Manfredo continued to advance but he didn’t let his punches loose against Chavez and Chavez ended the round with a solid combination as he twisted Manfredo into the rope as he maneuvered Manfredo in perfect position to launch those combinations.

At the minute mark of the third round, Chavez nailed Manfredo with a solid right as Manfredo’s face started to show the effect of those rights.   When Manfredo connected on punches, he got nailed back by harder punches.   Manfredo attempted to turn the fight into a brawl in the fourth round and Chavez allowed Manfredo to hit him as he slipped to the rope for 45 seconds as Manfredo scored with some effective punches. In a round that was close, Manfredo’s body shots allowed him to be competitive.

Manfredo connected with some solid rights and left including left hooks but after the minute, a Chavez right hand staggered Manfredo who retreated into the rope as Chavez attacked.  Chavez threw combinations after combinations as Manfredo lay on the rope with hands up but little defense and as Mandredo finally grabbed Chavez, the referee stopped the fight.

Among the HBO crowd, there was a debate on whether this was an early stoppage or a proper stoppage.  In Max Kellerman’s mind, Manfredo could have continued whereas Harold Lederman stated it was proper as Manfredo was losing the fight and getting nailed with hard shots.   For Manfredo, this was the second championship fight in which he felt the fight was stopped too soon just as he was stopped by Joe Calzaghe in an earlier championship fight.  But just as the Calzaghe’s fight, he was losing and there was little chance he was going to win either fight.

Chavez showed improvement in skills as he boxed and jabbed before resorting to his left hook style.  The suspicion has always been Chavez is not his father and he has been promoted carefully but he is developing skills.

As for Manfredo, he told the HBO staff that he lost another HBO fight and as he admitted, “I may not be a HBO fighter.”   Manfredo has been a good fighter but never had the skills to be a top ten fighter much less than an elite fighter.

After seeing the rematch of the Pacquiao-Marquez, I will stand by my original judgment that it was a draw. I will add that I made the point last week that Marquez’s corner telling their fighter that Marquez was winning had a significant role in losing the fight for their fighter.  They told their fighter that he was ahead and he took the last round off. It cost him.