The Welterweights may be boxing deepest division and it certainly has it shares of promotable fighters.  Danny Garcia faced off against Robert “the Ghost” Guerrero for the WBC welterweight championship.  Robert Guerrero started out fast as he pressed the action with solid body shots and straight lefts to the head.  Garcia forced Garcia to retreat over the first four rounds but by the fifth round, Garcia figured out the Guerrero riddle.  Garcia started to control the bout from this point as he punished Guerrero with series of punishing right hands and from there, Garcia more accurate punches marked up Guerrero’s face 다운로드. 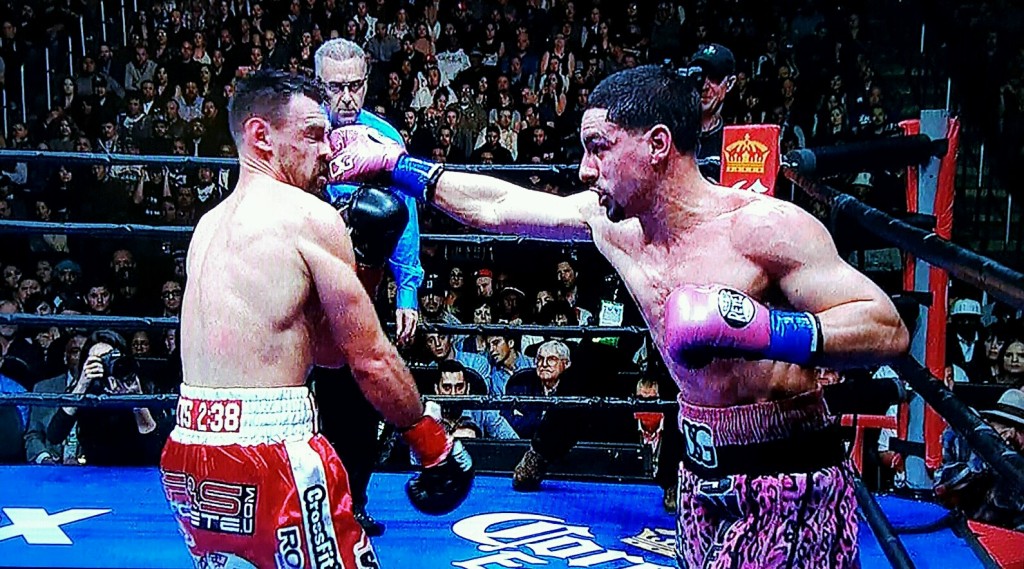 Through the second half of the fight, Garcia landed quick sharp rights and left hooks to the body and head as he moved backward from Guerrero’s pressure which became less effectual as the fight wore on.  The twelfth war was all action as both men went after each other.  Garcia was declared the winner by 116-112 margins by all three judges.  (I had the fight 115-113)

Garcia, now with a portion of championship belt, is now ready to unify the title as he awaits the winner of the Keith Thurman-Shawn Porter.  In the preliminary bout, Sammy Vasquez defeated Aron Martinez with a stoppage after the fifth round after Martinez retired with an apparent left arm injury 리눅스 배포판.

Early in the evening, Keith Thurman announced that he will be fighting Shawn Porter for Thurman’s title with the idea that the winner fight Garcia.  This should be an exciting bout with both men possessing power asf 동영상 다운로드.

As for the rest of the welterweights, Kell Brook faces Kevin Bizier and Tim Bradley will have his third bout against Manny Pacquiao in the Pacman last fight.  So there are plenty of good fights to look forward and as Sammy Vasquez showed, there are some exciting young fighters coming up behind these elites’ fights including Errol Spence and Sadam Ali.

For Robert Guerrero, this was his third shot at a Welterweight and after a great career and multiple champions;  it is time for Guerrero to decide his own fate. The Ghost is now at the point of his career that he is no longer an elite fighter capable of beating the best in the division. He is still a good fighter and had a great career but after losses to Mayweather, Thurman and now Garcia, what is there left for him.

As for Garcia, this is his second title after dominating the junior welterweight division.  He is a solid boxer and has power to compete with other welterweights.  So now for the next year;  these welterweight champions: Brook, Khan, Garcia, Porter, and Bradley begin the journey to see who will replace Floyd Mayweather as the king of the welterweights.