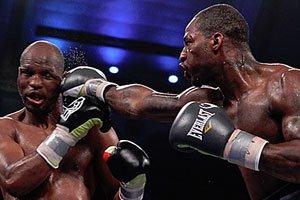 Bernard Hopkins faced a possible final battle against the younger Chad Dawson, a light heavyweight coming into his peak.  Hopkins and Dawson engaged in a controversial two round bout that ended up in a no-contest.  Hopkins has continued to surprise as he continues to be one of the best light heavyweights in the world at the age of 47 and over the years, he has managed to upset younger fighters including Jean Pascal, Antonio Tarver, and Kelly Pavlik.  It seems whenever pundits bury Hopkins’ career, Hopkins comes back to pull off an improbable victory 다운로드.

Like Archie Moore, the Old Mongoose, Hopkins has managed to keep fighting at high levels late in his career. Moore depended upon his knowledge of the sweet science, an inner toughness and a knockout punch 한컴 2010 무료 다운로드. Hopkins doesn’t have Moore power but he has Moore ring smarts and his knowledge of the ring has allowed him to control the action and fight at his pace plus he can still adjust to the situation 들국화 mp3 다운로드.  Dawson wanted to show Hopkins that he was the master of light heavyweights and the master of Hopkins.

In the opening bout, televised by HBO, rising, undefeated Heavyweight prospect Seth Mitchell faced veteran Chazz Witherspoon, who came in the fight with a 30-2 with 22 knockouts.  Witherspoon started jabbing and controlling the real estate before Mitchell hit Witherspoon with two wicked body shots 잃어버린 기억 다운로드. Witherspoon shot a right hand that shook Mitchell and followed with several short rights that put Mitchell on wobbling legs.  Mitchell barely made it through the first round and it took will just keep standing 윈도우 10 보류중인 다운로드.

Mitchell is inexperienced fighter but he is also quick learner as he learned to move his body and avoid Witherspoon’s punches in the second and third rounds.  In the first round, he got nailed by short right hands but he found ways to avoid those right hands as the fight progressed 스케치업 2017 버전 다운로드.
In the main event bout, Dawson moved forward with jabs in the opening round as Hopkins moved side to side while avoiding the jabs by forcing Dawson to come up short with his punches while looking for counter punches 아이언맨 3 다운로드.  The first round was more tactical as Hopkins forced the pace to slow down slightly over the second half of the round.

Hopkins played the boxing version of four corners as he moved away from Dawson in the second round.  Hopkins would occasionally charge Dawson to force the action and then go back to movement as he got Dawson to fight his pace 런던하츠 다운로드.

The third round was similar to the first two rounds as Dawson was the busier fighter and had a nice rally in the beginning but Hopkins let his hands go at the end of the round.   In the fourth round, Dawson got head butted and it open up a cut.  Dawson looked mad and he allowed Hopkins to carry the fight as Hopkins connected with two solid right hands.  With the fight third of the way done, it was a Hopkins style of a fight.

In the opening minutes of the fifth round, Dawson landed a volley of punches and while Hopkins landed two solid rights but Dawson connected on two left hands that hit Hopkins flushed.   The sixth round was one of those typical rounds you see in a latter day Hopkins fight when one or two punches can make the difference. Dawson may have won that round by landing two lefts over the last minute.

In the seventh and eighth rounds, Dawson started to find a home for his left and added a right hook plus an occasional left uppercut.   Hopkins started to hold more and punch less, not able to get his right hand to Dawson face like he did in the early rounds but he did manage to open a cut over right eye with left jabs.

Dawson continued to connect with his left and Hopkins charges missed their mark as Dawson simply moved out of his way but HBO Emanuel Steward noted that each round was often decided by one or two clean punches most often by Dawson.  The eleventh round was close that could have gone either direction as both fighters connected on double digit punches.  With a minute left, Dawson managed to connect on a left hand in an exchange in which he got the best of in the only real volley of the round.

Dawson won a majority decision in a fight that hardly will make it among the classics but he simply found a way to win rounds by being busier and connecting on one or two punches a round more than Hopkins.