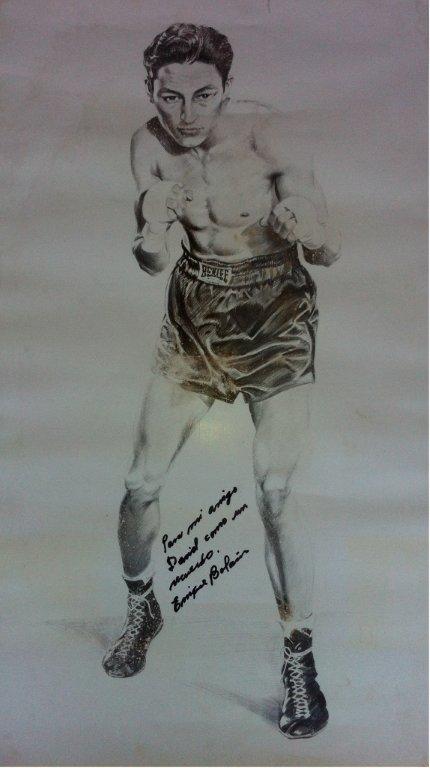 On June 4, 2012, at the age of 87, Enrique Bolanos, top contender, passed away Nanumgothic download. I never saw him fight, but had the pleasure to meet him and his lovely wife Ruby at various boxing venues. According to people I know that saw him fight, he was a magnificent boxer that packed southland arenas and stadiums in the Los Angeles area like no other in the golden era of boxing (the 40’s and 50’s) 다운로드. He engaged in over 100 bouts, winning 79, and fought all the best boxers of his time. Some of the top fighters he fought were Manuel Ortiz, Chalky Wright, Ike Williams, Jackie Wilson, Joey Barnum, John Thomas, Art Aragon, Maxie Docusen, Jimmy Carter, and Paddy DeMarco 다운로드. My good friend Johnny Ortiz, radio host and California Boxing Hall of Fame 2008 inductee, first met Bolanos at the original Main Street Gym when he (Johnny) was just nine years old.  Ortiz was visiting that venue with his older brother Phil who also trained there.  Johnny said: “Enrique Bolanos was far and away the most popular fighter Los Angeles ever knew. No one has ever come close, Oscar De La Hoya included. I may have been young, but I remember it all like it was yesterday. He had a ‘look’ like no other; you would have had to see it to know what I mean. It was a ‘look’ his fans saw and loved. There will never be another like him.” Johnny went on to say that Bolanos “had the greatest footwork I have ever seen or will ever see, he and Sugar Ray Robinson.  Both were my boyhood idols in boxing.” It’s been almost a month since the passing of Enrique Bolanos. Please join me in prayer for his family and many friends.  May his soul rest in peace in heaven with the Lord!