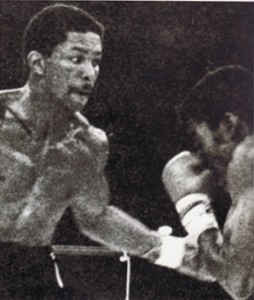 If ever a boxer was a victim of being in the wrong place at the wrong time, it was Puerto Rico’s Esteban De Jesus 다운로드. This former one time claimant of the WBC lightweight title may have been the best Puerto Rican 135 pounder since Carlos Ortiz. Unfortunately he boxed during the era of possibly the greatest of all lightweights, Roberto Duran 다운로드. This occurred on November 17, 1972 at Madison Square Garden. Esteban floored Duran in the first round and then boxed his way to a decision win in a non-title bout 트와일라잇 이클립스 다운로드. Then he twice whipped the respected Ray Lampkin in bouts for the American Lightweight title thus establishing himself as the top contender.

On his way to his first meeting with Duran, Esteban had lost just once and that was to WBA featherweight champion Antonio Gomez in a non-title fight. He defeated Josque Marquez twice, Victor Ortiz, Lionel Hernandez, Percy Hayles, Angel Robinson, and Cleveland’s Chuck Wilburn. After his victory over Duran, Estsban defeated the classy Johnny Gant and former junior welterweight titleholder, Alfonso Frazier. These victories finally set up a title shot against Duran. On March 16, 1974 in Panama City, Esteban again decked Duran in the first round. this time though Roberto was in much better condition and he gradually wore down his formidable foe stopping Esteban in round eleven.

One year later De Jesus moved up in weight and challenged Antonio Cervantes for the junior welterweight championship. Once again Esteban faded down the stretch as he dropped a fifteen round decision. Again one year later De Jesus received yet another title opportunity. He was matched with WBC lightweight champion Guts Suzuki. Showing his true class Esteban dominated Suzuki to win an easy decision and the crown. De Jesus would defend his title successfully three times thus setting up the rubber match with Duran for the undisputed title.

Duran vs. De Jesus III was held in Las Vegas and this much anticipated Superfight would determine once and for all who was the world’s best lightweight. In possibly the best performance of his career Duran proved his superiority halting Estsban in round twelve. De Jesus would come back and put together another win streak that included a victory over Edwin Viruet. Once more De Jesus was granted a title shot. This time he would meet WBC junior welterweight champion Saoul Mamby. The bout took place on July 7, 1980 and the signs of Esteban’s obviously eroding skills were there for all to see. Mamby finally halted an exhausted and outclassed De Jesus in round thirteen. The final chapter in this fine but yet tragic career Esteban would never gain full acceptance as lightweight champion although only the great Duran could master him. Esteban’s final ledger is as follows; 62 bouts, 57 victories, and only 5 defeats. He scored 32 knockouts and he was stopped 3 times. All of his setbacks were to world champions, Gomez, Duran twice, Cervantes, and Mamby. The bad luck that dogged Esteban’s career was only an omen of things to come. Not long after his retirement Esteban was involved in a traffic dispute during which he shot and killed a seventeen-year-old youth. For this crime De Jesus was sentenced to life in prison. While in prison De Jesus was infected with AIDS bedridden and dying Esteban received a surprise visit from none other then his old adversary, Roberto Duran. In a moment of compassion completely out of character for the mean and macho Duran, he had come to pay his respects. He had come to show his admiration for his toughest foe. He also knew in his heart that Esteban was a true champion.