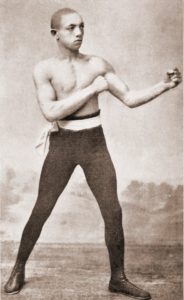 By David Martinez / Boxing Historian / dmboxing.com
I recently took a vacation to eastern Canada and the New England area 다운로드. One of the stops on the trip was Halifax, Nova Scotia, Canada which I found to be an amazing place with lots of history.
When it comes to boxing history, I always think of one fighter from that area:  George Dixon 엑자일 다운로드.  People today think of “Little Chocolate” being Roman Gonzalez and Peter Quillin 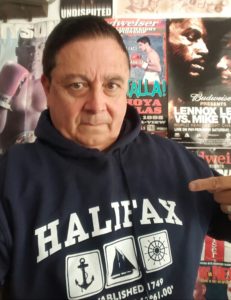 or, for those that remember him, the great Cuban “Kid Chocolate” from the thirties 컬투 쇼 다시 듣기 다운로드. The first Chocolate was actually George Dixon – nicknamed “Little Chocolate.”
Born in Halifax on July 29, 1870, Dixon was one of the greatest fighters of all time 다운로드. He held the paperweight, bantamweight and featherweight world titles in a career than stretched 20 years, from 1886 to 1906.
Dixon only stood 5 feet 3 1/2 inches, but was a marvelous boxer with outstanding defensive skills, and a hard hitter with an incredibly long reach for his size 햄버거 다운로드.  He was the first black world champion in any weight class, while being the first ever Canadian-born boxing champion. He was also the first to win a championship in multiple weight classes and the first to regain a championship after losing it 다운로드.
Dixon claimed the bantamweight championship on May 10, 1888, defeating Tommy “Spider” Kelly by knockout. On  February 7, 1890 at the Union Athletic Club in Boston, Dixon fought a brutal 70 round draw with Cal McCarthy. That bout would launch Dixon to fight Nunc Wallace on June 27, 1890 and Dixon would win by knockout after 18 rounds, gaining universal recognition as the world bantamweight champion.
The next year, on March 31, 1891, Dixon beat McCarthy in a rematch to win the featherweight title by stoppage after 22 rounds.
Dixon would lose the featherweight title to Solly Smith in 1897 by a 20 round decision, and would regain it a year later in 1898 with a 10th round disqualification win over Dave Sullivan.
On January 9, 1900, Dixon lost the featherweight title by 8th round knockout to Terry McGovern.
In 1901, Dixon would fight Abe Attell twice for the title, their first bout ending in a draw and losing the second fight in a 15 round decision.
Dixon would go on to fight another five years until his retirement in December 1906.
Dixon died two years later of complications from alcoholism in New York on January 6, 1909 at the age of 38. His longtime manager Tom O’Rourke had his tombstone made with the words “Here Rests the Gamest Pugilist Who Ever Lived”. Dixon is buried at Mount Hope Cemetery in Boston, Massachusetts.
The late editor, publisher, and founder of Ring Magazine, Nat Fleischer, world renowned boxing historian, called George Dixon the greatest bantamweight of all time. Legendary Bert Sugar ranked him #25 on his list of the greatest boxers of all time, and on my personal ranking I have him listed at #27.
Dixon fought and defeated many white boxers in an era of heavy racism.  His ring record is not official, but the count is approximately 150 bouts fought. Many historians claim that the number is well over 600, but the count remains unknown due to the difficulty of determining which fights should be considered exhibition bouts in a time period before official sanctioning took place.
In 1968, a Halifax recreation center was named after him, in remembrance and honor of the greatest boxer in Canadian history.
He was inducted into the Canadian Sports Hall of Fame in 1955, the Ring Magazine Hall of Fame in 1956, and the International Boxing Hall of fame in 1990.