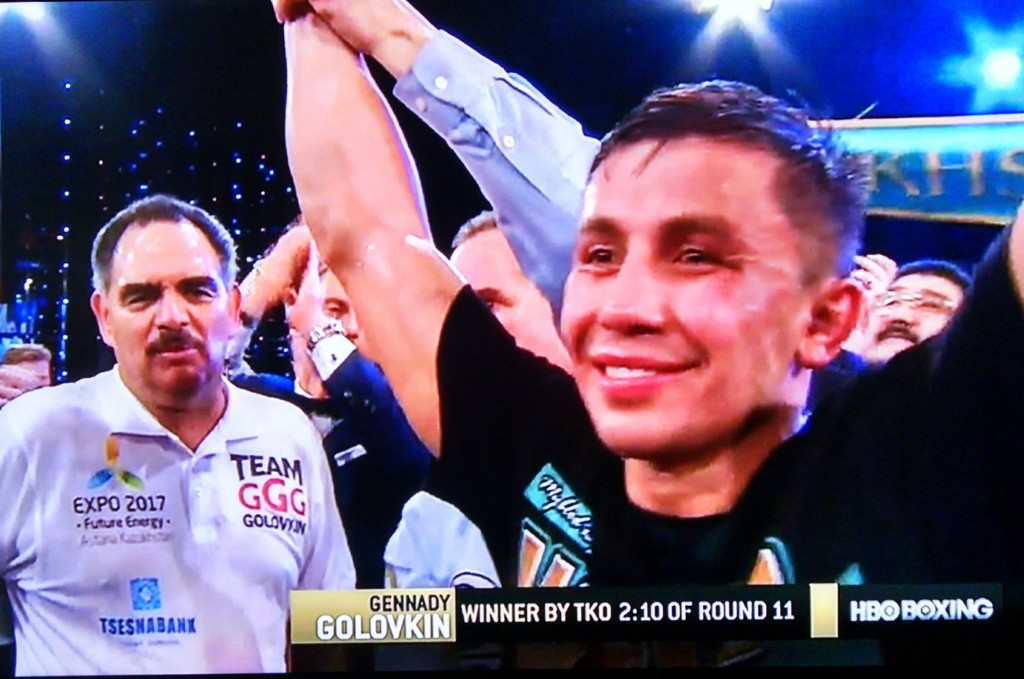 Martin Murray was supposed to give Golovkin competition for triple G’s title and for the first three rounds, he did.  Murray countered the advancing with Golovkin with solid rights and body shots while Golovkin was attempting to find ways around Murray defenses.   While it was obvious who was the more powerful puncher but Murray showed to be a tough fighter who could take GGG’s best 카톡 대화 다운로드. 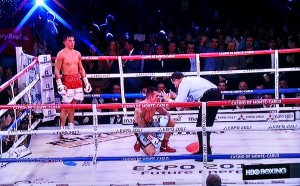 Going into the fourth round, this was close but Golovkin turned the fight around and turn a close battle into a battle of survival for Murray.  Halfway through the round, Golovkin threw a haymaker that Murray avoided but as Murray was attempting to escape; Golovkin nailed him with a body shot that sent Murray down.  Murray survived the count but Golovkin attacked with ferocity and as the Triple G’s landed solid combinations, Murray simply knelt down to avoid more punishment.  He survived the round but from this point; Golovkin had control of the fight 다운로드.

Murray did manage to counter Golovkin from the fifth round to the eleventh round, landing solid combinations but his combinations simply didn’t have the power to force Golovkin to retreat.  Golovkin pressured Murray but Murray showed enough guile to avoid more punishment 다운로드. 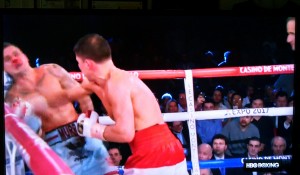 The eighth round proved to be the most one-sided since the fourth the round as Golovkin simply pounded Murray from one corner to the other corner.    Murray occasionally threw punches but Golovkin threw three times as many as he continued to pressure Murray.  The only question throughout the ninth and tenth round was when the end would come.  Murray’s corner was determined to finish the fight and they even told their fighter that victory was still within reach.  The referee kept looking at Murray and even asked Murray corner, “Do you want this to continue?” but they were determine to have their fighter finish. At the end of the tenth round, Golovkin dropped Murray with a right for a third time.

At the beginning of the eleventh, Golovkin nailed Murray with a big shot to the body and as Murray attempted to move out of harm’s way, Golovkin landed a big right and at this point; the referee ended the fight. 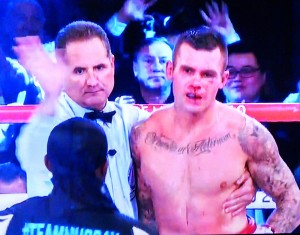 Golovkin looked impressive and while Murray managed to land some solid combinations, in particular his right hand; Golovkin did not move a step back often.  Murray came into the bout as a good boxer but he had only 12 knock out in 29 wins, so he was not a big puncher.    As HBO Roy Jones noted, if Murray had more power; maybe this fight would have turned out differently.

Golovkin showed that he is a complete fighter as he showed patience while he dismantle a good boxer.  Julio Cesar Chavez Jr. tweeted “Without his power, he is not good boxer, I’ll bet you GGG a million dollars of the purse I would knock you out.”  I think GGG should take that bet.