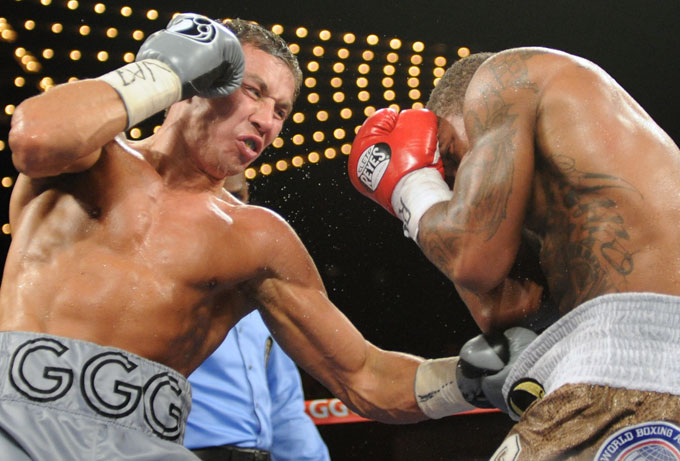 The bout was one sided, as I had Golovkin winning every round up to the stoppage 다운로드. Stevens was knocked down in round two and landed a few solid punches in rounds four and five, but Golovkin was never in any serious trouble and was in command throughout the fight 다운로드.

This was the15th fight in a row, since 2008, in which Golovkin has won without needing to go the distance html php 파일. It was his eighth successful title defense since winning the middleweight belt in 2010.
Golovkin reminds me of Kostya Tszyu with his style and Jeff Fenech with his aggression 다운로드. His savageness in the ring is that of a young Roberto Duran when he ruled the lightweights.
On the horizon for Golovkin are super fights: Sergio Martinez (51-2-2 / 28 by KO) or Peter Quillin (30-0 / 22 by KO) at 160 pounds, and possibility moving up to 168 pounds to face Andre Ward (26-0 / 14 by KO) or Carl Froch (31-2 / 22 by KO).  My feeling of him moving down to 154 pounds to fight Floyd Mayweather is unlikely; but wouldn’t that be an interesting match up 다운로드!

One thought on “Golovkin stops Curtis on HBO”