*** FLASHBACK – This article originally appeared on dmboxing.com on March 2, 2013 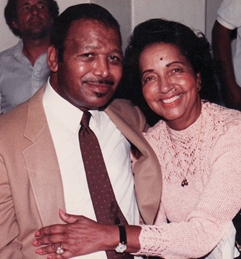 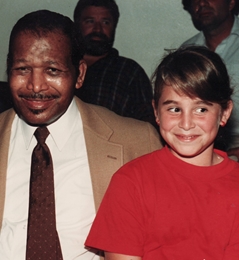 I have been asked many times “who is the greatest boxer of all time in any weight division at the height of his career” and that answer is the easiest for me to come up with – Sugar Ray Robinson 원랜디 6.1 다운로드. I could go on and on about his career but I will go on record to say that at his pinnacle years he was clearly the best. I was fortunate to meet him at a local amateur boxing show in 1986 where I was a referee for the kids 매드 파더. It was truly a highlight that stands out in my over fifty years of being associated with the sport of boxing.

The photos I am including here, along with an excellent highlight video, are Sugar Ray with his wife Millie and my daughter Laura who was just 9 years old at the time 다운로드. To shake his hand, get his photos and an autograph that evening will forever live in my mind. I am also including the Sugar Ray Robinson postage stamp which was introduced in April 2006 멸치 앱. The only other boxer placed on a U.S. stamp is Joe Louis.

Sugar Ray Robinson is ranked the greatest boxer of all time by sportswriters, fellow boxers, trainers and historians 다운로드. The phase “pound for pound” was invented by boxing experts just for him, when they compared fighters regardless of any weight. I use a famous quote from him when coaching kids at a local boxing gym which is “Rhythm is everything in boxing 다운로드. Every move you make starts with your heart and that’s in rhythm or you’re in trouble”. That is simply the best quote I can think of that sums it up in boxing 기다리다. Sugar Ray Robinson was born on May 3, 1921 and passed away on April 12, 1989. As an amateur he posted an outstanding ring record of 85-0 with 69 of those wins by knockout, and 40 being in the first round 윈도우7 익스플로러7 다운로드. He turned pro in 1940 at the age of 19 and by 1951 had a professional ring record of 128 – 1- 2 (1 no contest) with 84 by knockout. He held the welterweight title from 1946 to 1951, and won the middleweight title in 1951 앵그리버드 고 다운로드. He retired in 1952, only to comeback two and a half years later to re-capture the middleweight title in 1955. He was the first boxer to win a divisional world title five times and this was at a time when only one champion in each division was recognized 다운로드.

In 200 bouts over a 25 year career, he was only officially stopped once. That was his fight on June 25, 1952 (ironically on my 4th birthday) at Yankee Stadium in his bid to win the light heavyweight championship against Joey Maxim. Well ahead on all official scorecards (10-3, 9-3-1, 7-3-3) he retired on the stool after the 13th round suffering from heat exhaustion with the temperature being 104 degrees that evening in New York City.

Robinson is best described as a fluid boxer who possessed an excellent jab and had knockout power in either hand. He had tremendous speed with his hands and equal speed with his footwork. His versatility in the ring was second to none. After a stellar 25 year career Robinson retired from boxing in November 1965. His official ring record was 173 wins, 19 losses, 6 draws (2 no contests) with 108 knockouts. This isn’t an opinion, but a fact – Sugar Ray Robinson was the greatest boxer “pound for pound” … EVER!

*** NOTE:  I also want to share my daughter Laura with another Sugar – Sugar Shane Mosley … photos taken: October 2000 and September 2007. 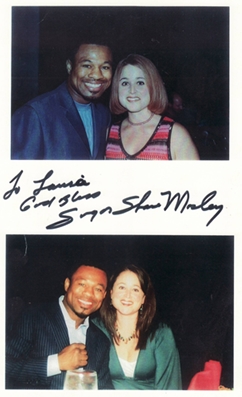 3 thoughts on “Greatest Boxer “Pound for Pound” EVER”