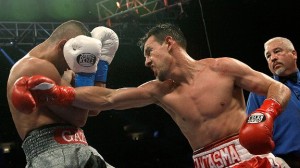 By Tom Donelson
Member Boxing Writers Assc 다운로드.
Robert Guerrero had won two world titles and been one of the better fighters in the featherweight through lightweight division but last Saturday night; he decided that he wanted a shot at the big money so he decided to fight at welterweight against the undefeated, hard slugging Seluck Aydin 다운로드.
Before Guerrero faced Aydin, Alfonzo Gomez fought the undefeated Shawn Porter.   Gomez last faced Saul Alvarez and lost by a six round TKO but tonight he was facing a slick boxer.  Porter began first round boxing and throughout the round, he nailed Gomez with combinations but Gomez managed to connect on a left hook near the end of the round 다운로드.
In the second round, Gomez put the pressure and found a home with left hook and right hands while Porter connected on quick combinations 차트스쿨 다운로드. If the third round favored the aggressive Gomez, the fourth round saw a Porter right hand momentarily stun Gomez.  Over the last minute, Porter trapped Gomez by nailing him with solid shots to easily take the round 슈프리마 다운로드.
In sixth round, Gomez attempted to cut off the ring and managed to connect with two rights that forced Porter to retreat and Gomez nailed Porter with solid shots to the body.  Throughout the seven and eight round, Gomez slowed down and became a target of Porter right hand and left hooks plus Porter nailed Gomez with vicious body shots.  Going into the ninth round, Gomez’s face started to swell and Porter continued to nail Gomez with accurate punches.  Porter continued to land the more accurate blows in the tenth and final round to win the fight by unanimous decision 다운로드. This was a fight that saw Porter take a step forward as he struggled through cuts caused by head butts and found a way to beat a solid veteran in Gomez.
Aydin strategy was to pressure Guerrero and began the first round by attacking as Guerrero attempted to maneuver away from Aydin’s power.  Aydin landed a few overhand rights whereas Guerrero landed some effective right hand upper cuts.  Guerrero threw more punches but there was no difference in punches connected.  Guerrero boxing skills showed up in the second round as his punches proved more accurate and he was able to block and dodge some of the Aydin punches.    This continued into the fourth round as Guerrero threw 100 per round plus punches including some solid combinations.
The fourth round saw Aydin force more of a brawl as he landed a big right hand at the half way mark but Guerrero nailed Aydin with solid combinations.  At the halfway mark of the fight, Guerrero out landed his opponent while throwing nearly the double of punches.  Over the last minute of the seventh round, Aydin landed three right uppercuts and took control of the round as Guerrero ceased to box and stood inside while taking Aydin best shots.
Guerrero started the eighth round with solid combinations and while he seemed contented to fight inside, his combinations won him the round but Ayden landed some upper cuts and left hooks to the body.  Aydin may have lost the eighth round; he found his opponent willing to fight his fight and this gave Aydin the opportunity to win the bout.
Starting at the end of ninth round, Ayden threw a right hand connecting on Guerrero’s ear and affected Guerrero balance.  Aydin took the tenth with solid body shots followed by right hands that hurt Guerrero as Guerrero slowed down.  Guerrero attempted to hold on Aydin to keep from receiving further punishment.
Guerrero maneuvered and kept his distance while ending the eleventh round with a combination.  He avoided most of Aydin’s haymakers.  One haymaker did get through and hurt Guerrero at the two minute mark.  Guerrero came out in the twelfth round exhausted as Aydin threw haymakers after haymakers as he wore the game Guerrero down but Guerrero, who was putting rounds in the bank early in the fight, found himself fighting in desperation and for survival.  Robert Guerrero won the decision in a tough fight and survived some tough body shots and right hands. He threw far more punches and connected on more punches but there were times that Aydin did hurt Guerrero with solid right hand to the head and body.  Guerrero fought one of the strongest fighters in the welterweight division and showed that he has the skills and talent to be one of the best pound for pound.