*** FLASHBACK – This article originally appeared on dmboxing.com on October 31, 2010.

Soon after that that time John Boitnott  became the Web-Master and I have become the producer of dmboxing.com 다운로드.  John has been so instrumental with the success of this website these past ten years and the success that it will continue to be – Thank You 다운로드! 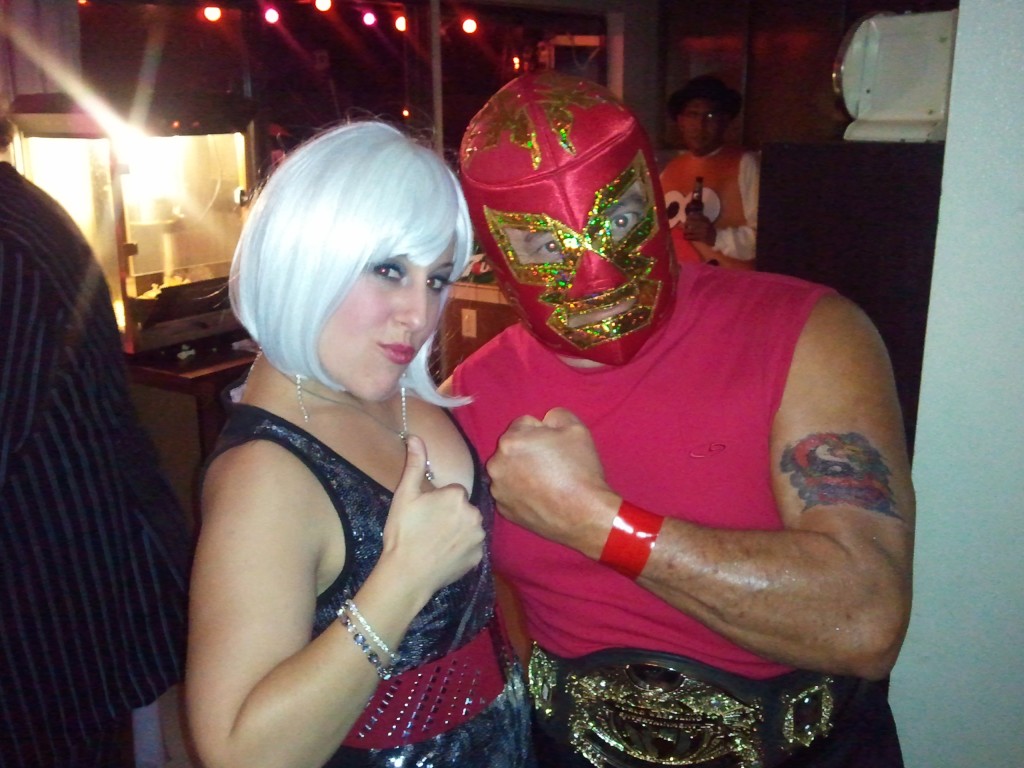 I really like knowing David Martinez 다운로드. Of course there’s his endless boxing knowledge – his ability to analyze a fight – even as it’s happening. I respect his advice big time. One of the best things he does is something that only happens at Halloween 다운로드. He will dress up like a masked wrestler. So let me share with you now a photo of this years 2010 edition of him at a party posing with young lady – Kim 다운로드. He will always accommodate others for a picture and let me say that it’s my absolute pleasure to serve as his producer since this website started back in July 2007 – thank you David 웹소설 조아라 다운로드!

[BTW – David wears a different mask each year and changes tattoos to fit his attire. It is fake.  This guy is as clean cut as they come  with no markings on his body.]