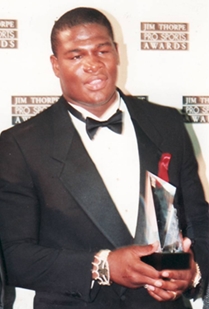 Hopefully the one time heavyweight champion of the world Riddick Bowe will never fight again. His post career problems have been well documented.

The question now is, where does Bowe rank among the great heavyweights of all time? How would he have fared against Louis, Marciano, Frazier or even dream fights in his own time against Lewis or Tyson 다운로드? Here is a boxer who may have never realized his full potential. When he was near it his career declined due to his own self-indulgence.

After Lennox Lewis stopped Riddick in the 1988 Olympics, Bowe was considered a risky project. Rock Newman took the risk of managing Bowe and convinced the skeptical but astute Eddie Futch to undertake the task of molding Riddick. The rest is history 스팀 백그라운드 다운로드. Bowe progressed nicely thru the ranks, turning pro in 1989 by halting future contender Lionel Butler in two rounds. In 1990 he stopped faded ex-champion Pinklon Thomas in nine. He also destroyed Bert Cooper in two.

In 1991 he kayoed Tyrell Biggs in eight and outscored ex-champ Tony Tubbs. He later kayoed future titleholder Bruce Seldon in one round 다운로드. In 1992 he cemented a shot at the title by halting South African Pierre Coetzer in seven rounds.

Finally Riddick “Big Daddy” Bowe was in the ring facing heavyweight champion Evander Holyfield. The well-schooled and well-conditioned Bowe won a hard fought but convincing decision and the crown. Was this the turning point of his career? Was it the beginning of the end tv cast? The night Bowe won the title from Holyfield he could have arguably competed with any heavyweight who ever lived. He was that good.

So where did it all go wrong? Did Riddick believe he was unbeatable? Easy defenses against ex-champ Michael Dokes and shopworn journeyman Jesse Ferguson did little to sharpen his skills 마법천자문. His weight as well as his ego began to swell. By the time he met Holyfield in their rematch he had become a different fighter. So had Evander who had totally dedicated himself in training. Their second bout is mainly remembered for the “Fan Man” incident but in reality it was a highly entertaining fight. Even at the height of his skills against an ill prepared Bowe, Evander had all he could do to win the decision and regain the title visa32.dll. Without the championship, Riddick had become an enigma to himself. Would he rededicate himself or let the talent he had slip through his fists.

Riddick began his march toward reclaiming his crown. He would beat once highly regarded Herbie Hide and knock out overrated Jorge Luis Gonzalez who had beaten Riddick in the amateurs. He would again meet a now ex-champion Holyfield in a rubber match 다운로드. He would pick himself off the canvas to knock out Evander and it appeared Riddick was still a prime player in the heavyweight sweepstakes. All that came crashing down following two brutal and highly controversial bouts against Andrew Golota.

Golota was a native of Poland. He was big, strong, talented and white. He was dubbed the next “White Hope” and a victory over Bowe would put him back in the thick of the title picture 다운로드. Bowe was still considered too good for the upstart but things changed abruptly when the fight started. Riddick lost too much weight too fast in training. He was weak and lethargic. Golota outboxed, outslugged and outfought Bowe but he also landed repeated low blows. Finally the foul punches cost Golota the bout as he was disqualified in round seven 인디자인 cs5 다운로드.

In their rematch Riddick vowed to be in condition. It did not matter, Golota was again the dominant fighter and he was again guilty of repeated low blows that led to his disqualification in round nine. The Riddick Bowe who “won” dubious disqualification victories over Golota was only a shell of the Bowe who had won the crown from Holyfield.

That Bowe may have been able to beat the Liston who destroyed Patterson or the Dempsey that ravaged Luis Firpo 웹 디렉토리 다운로드. He may have beaten the Louis who crushed Schmeling or the Marciano who rendered Jersey Joe Walcott unconscious. He may have defeated the Joe Frazier who whipped Ali or the Ali who drubbed Foreman or the Foreman who bounced Frazier around like a rubber ball. Maybe he could have even beaten the Clay who humbled Liston.

Could he have defeated his amateur nemesis Lennox Lewis? Could he have handled the pressure of neighborhood rival Mike Tyson? Unfortunately, we’ll never know.

One thought on “How High Should We Rate Riddick Bowe?”