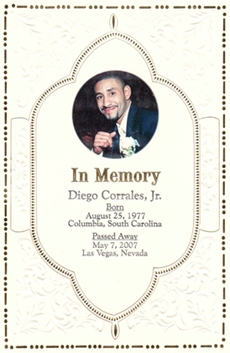 By David Martinez / Boxing Historian On May 7, 2005, I witnessed the greatest prize fight since Hagler vs 다운로드. Hearns (April 15, 1985), when Diego Corrales beat Jose Luis Castillo in their lightweight title bout. Sure, there were more than a few great bouts in those twenty years, but arguably Corrales – Castillo was certainly the top fight of the last decade in boxing 다운로드. The match was fought at a fierce pace throughout, with round ten capping a great fight. Corrales, with both eyes almost completely shut, survived two vicious knockdowns to mercilessly come back from the brink of defeat to stop Castillo 다운로드. Ironically, two years after their classic fight, and on the exact date, May 7, in 2007, Corrales died in Las Vegas, Nevada in a tragic motorcycle accident. Corrales was a fine gentleman; having met him, I can personally attest to that. Let us pay tribute to him on this, the anniversary of his death, and join me in praying for his soul in heaven with the Lord!