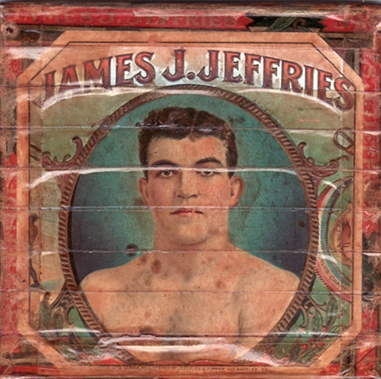 July 4, 2010 will mark the 100th anniversary of Jack Johnson vs 창천의권 다운로드. Jim Jeffries, “Fight of the Century”, for the heavyweight championship of the world.

Leading up to this fight, Jeffries won the title in 1899 against Bob Fitzsimmons and after defeating all challengers he retired undefeated in 1905 teamviewer 12. Johnson won the title in 1908 against Tommy Burns to become the first black fighter to win the coveted crown.

The build up to this fight was nothing less than controversial with a white champion coming out of a five-year retirement to try to win the title back from a black champion 다운로드.

Scheduled for 45 rounds, the fight took place in Reno, Nevada on July 4, 1910, with Tex Rickard as the promoter and referee. Prior to the fight, Rickard had invited United States president William Howard Taft to be the referee, but Taft declined 윈도우 gcc 다운로드.

The day of the bout, in 100-degree heat, a sell-out crowd of 20,000 gathered in an outside venue built solely to host the fight 다운로드. The champion, Johnson, entered the ring first as this had become a ritual for all of his fights. He took it so seriously that he had it written into his contract to always be the first one to enter 마리오 카트 8. The former champion, Jeffries, followed into the ring moments later with large roars from the majority of fans in attendance who were in favor of him as their champion 3ds max 2018 download.

In the bout, the 32-year-old Johnson appeared to be the stronger of the two, and as I have seen excerpts of this fight on film, Johnson fought tall to the contrasting crunching style of the 35 year old Jeffries.  This ultimately was a huge factor in the fight, as I saw it – styles make fights 오늘의 날씨 다운로드.

In round 15, it was apparent that this was to be the beginning of the end for Jeffries. A smiling confident Johnson started the round catching Jeffries with three big lefts to the jaw followed by a straight right to the head, and then a vicious left uppercut that knocked down Jeffries for the first time in his career 트랙스 다운로드. Jeffries took the count to nine before struggling to get up. As the bout continued Johnson was right on top of him landing punch after punch, hitting him so hard that Jeffries was knocked through the ropes and almost out of the ring. Sensing the end was near, Johnson smothered Jeffries and a third knockdown occurred.  The referee began to count and Jeffries got up, barely beating the count, but dazed and virtually helpless. Johnson continued to throw punches from all angles, and seconds later the corner called it quits to prevent further punishment and another knockdown or knockout of their fighter.

The bout was actually one sided to that point, with Johnson fighting patiently and using his superior defensive skills. Jeffries fought gamely, but tired after the 10th round due mainly to the fact that he had to lose almost 100 pounds prior to the fight. That the temperature was over 100 degrees certainly took a toll on the former champion, as well.

The result of the fight triggered huge riots all across the United States, as Johnson’s 15th round stoppage of Jeffries had dashed any dreams of finding a “Great White Hope” to defeat a black man.

If anyone were to actually go to Reno to try to find the “exact” spot of this fight – and I did some research on this – go to the corner of Toano Street (300 block) and East 4th Street (1300 block).  Where a junkyard now sits is the location of this epic battle.

It would be sixty-one years after Johnson vs. Jeffries before the boxing world would witness the next “Fight of the Century” which took place on March 8, 1971 featuring Joe Frazier and Muhammad Ali.

So at this time I would like to pay tribute and recognize this historical boxing match that took place, before any of us were born, 100 years ago … July 4, 1910.

One thought on “Jack Johnson vs. Jim Jeffries “FIGHT OF THE CENTURY””