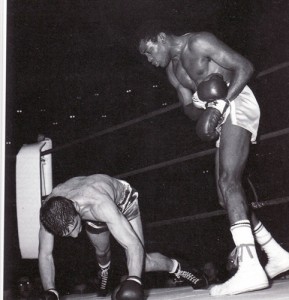 He was a two time world champion and a perennial contender for the featherweight title for more then a decade 다운로드. In a fifteen year career he amassed 150 fights. He won 134 of them. At one point in his career he reeled off over 50 straight wins. Are these the credentials for a future Hall of fame inductee Diffuse download?

Born in Cuba in 1943, Legra turned pro in 1960. Although active, most of his early fights took place in Cuba and Mexico. He made his first appearance in Spain in 1963 데몬 가상드라이브 다운로드. It is there that he decided to live and ply his trade. He was tall, lean and very fast. He would befuddle his opponents with his grace and boxing skills 대통령의 시간 다운로드. He would emerge as a serious threat for world honors.

In 1965 Legra took a big step up meeting future champion Howard Winstone of Wales. The vastly talented Winstone defeated young Jose over ten rounds 초서체 다운로드. Legra would not lose again until 1969. Some 50+ bouts later. On his march to a title fight Legra would defeat the likes of Love Allotey, Rafiu King, Don Johnson, Yves Desmarets (for the EBU title) and Joe Tetteh 다운로드. This led to a 1968 title shot against the newly crowned WBC featherweight titleholder, Howard Winstone. The rugged Winstone had failed no less then three times to dethrone the great Vincente Saldivar 샤샤샤 다운로드. All three were great battles. Finally when Saldivar retired Winstone was matched with Japan’s worthy Mitsunori Seki for the WBC version of the vacated crown 세븐 나이츠 핵 다운로드. Winstone finally cashed in halting the game Seki in round nine. Now it was Legra’s turn. It was sweet revenge for Jose as he dropped Winstone twice in the first round and damaged Howard’s eye badly enough to force a stoppage in round five nate 동영상.

Legra’s first tenure as champion would not last long. In 1969 after two non title victories he was outscored by Australia’s under rated Johnny Famechon 드래곤볼 제노버스 다운로드. Six months later Jose would drop a ten round duke to the returning Vincente Saldivar. This set up Saldivar recapturing the crown by outpointing Famechon in a great fight. Saldivar would then be stopped by Japan’s Kuniaki Shibata in a major upset. In another upset Shibata would be flattened by Mexico’s Clemente Sanchez.

Mean while Legra won the EBU title by defeating Jimmy Revie. Then in a shocker he was taken out in four by Tahar Ben Hassen. Jose would rebound with EBU defenses against Giovanni Girgenti, Evan Armsrtong and Tommy Glencross. Legra then suffered a 1972 upset decision loss to Jonathan Dele. He added one more EBU defense against Daniel Vermandere and was set to face then WBC champion Clemente Sanchez.The champion Sanchez lost his title on the scales but since Legra made weight he made the most of his opportunity and won the crown a second time via a tenth round stoppage.

In 1973 Legra lost his championship to the legendary Eder Jofre. Later that year he was stopped in one by future legend Alexis Arguello. Legra finished his career with a 1975 verdict over Daniel Valdez. His record of 134-12-4 speaks for itself. He met some of the greatest featherweights of his era. Saldivar, Jofre, Famechon, Winstone and Arguello. He was a major player at 126 pounds for what seemed like forever.

YES…Considering some of the inductees that are enshrined in the IBHOF…I would vote for Legra in a heartbeat!

3 thoughts on “Jose Legra … should he be in the Hall of Fame?”