*** FLASHBACK – this article originally appeared on dmboxing.com on October 29, 2007 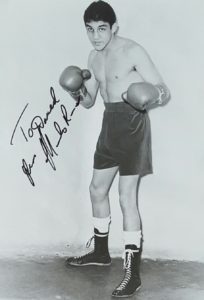 I first met Armando (Mando) Ramos in the fall of 1969, when I drove to Santa Monica to watch him train at the Surf Rider Hotel in his preparation to defend his Lightweight title against Yoshiaki Numata 다운로드. 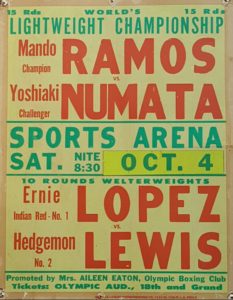 What I saw was, not a fighter in serious training 다운로드. Earlier that year Ramos won the Lightweight Championship via knockout over Teo Cruz, to become the youngest to win the Lightweight title at the age of 20 years old 가톨릭 기도서.

But, to my surprise, I found trainer Jackie McCoy completely frustrated with Mando and his lack of concentration in the gym. He verbally chastised Mando and scowled at him for his poor training practices 다운로드. That was my initial contact with Mando Ramos, which was like a teacher bawling out a student.

Mando Ramos, a personal friend of mine, was an alcoholic at the age of 13, made the drug scene at the age of 15, and was a boxing idol by the age of 18 years old. His father, Ray, a former fighter, was instrumental in starting Mando’s boxing career, working with older son Manuel and also with Mando at an early age. Mando was 5 years old fighting in the junior Golden Gloves. 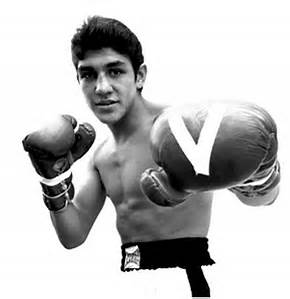 In November, 1965, when Mando was only 17 years old, he had his first professional fight. He was a kid with so much natural ability that he became an instant success, winning his first 17 fights, 11 by knockout, and was packing large SRO capacity crowds into the Los Angeles, California, Olympic Auditorium.

He would become LA’s darling, and literally take boxing in L.A. to newer heights, not seen since the Golden Days of Art Aragon and Enrique Balonos. Danny Lopez and Bobby Chacon would come later.

In 1968, Mando would lose to Teo Cruz in his first bid for the championship. But the following year in a rematch, he would win the title from Cruz and go on to defend it once, in a spectacular knockout over Numata, before losing to Ismael Laguna in 1970.

After huge wins over Sugar Ramos, Raul Rojas, and Ruben Navarro, on November 5, 1971, Mando would travel to Madrid, Spain only to lose another championship bid by disqualification to Pedro Carrasco – a fighter who had a most impressive ring record of only one loss in 106 bouts prior to that fight. In the rematch in L.A. just three months later in February 1972, Mando would win back the Lightweight title over Carrasco. He would successfully defend it back in Spain in June 1972 with Carrasco, in their final fight of the trilogy. Mando then lost in September of that same year, 1972, in the most dismal performance of his career, by a knockout in eight rounds, to Chango Carmona. 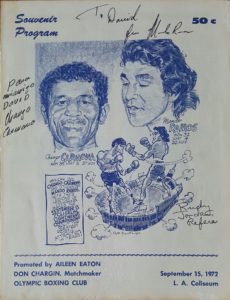 I personally attended the fight against Carmona and it was a complete turn-a-bout in what I witnessed when I attended the Numata fight just three years earlier – one would not believe that you were watching the same fighter.

On a personal note … the night of the Numata fight, probably one of the most exciting boxing cards that I had seen in my younger days … I attended with my late father, and my closest friends. In those days the under card was always loaded with a bouts of main event quality. That night was the highly anticipated “rubber match” between Ernie “Indian Red” Lopez and Hedgemon Lewis, plus the American debut of the knockout sensation from Mexico, Rodolfo Martinez, who came into his fight unbeaten with a 21-0-1 ring record with 21 KO’s!

But it was Mando Ramos who was the attraction that night with a spectacular performance of savage body punches to knockout Numata in eight rounds.

How great Mando could have been had not drugs and alcohol played a huge part in his life. This writer believes he would have been one of the elite Lightweights of our generation. 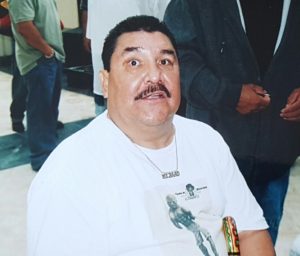 Mando officially retired from the ring in 1975.

One thought on “Mando Ramos – The Youngest Lightweight Champion”