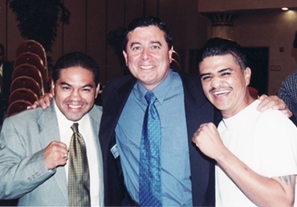 The date was March 3, 1993, and the fight was between two superb boxers with a combined ring record of sixty-three wins andone loss: Humberto “Chiquita” Gonzalez (36-1) vs zebra designer pro 2. Michael “Manitas De Piedra” Carbajal (27-0) for the WBC/IBF Junior Flyweight Championship from the Las Vegas Hilton Hotel.

As I was gathering food and drinks to host the fight at my home, a friend called to tell me that he was not coming because (quote) Nobody Important is Fighting 향유기 다운로드!

To this day, I have never forgotten that CLASSIC statement… I actually say that to the people who think boxing is a dead sport but ask me, “so when is the next big fight?”

In all my years of boxing, as I see it, somebody important is fighting and each fight is big … it’s just in my DNA when viewing boxing 아프리카 다시 보기 다운로드.

For the record, the Gonzalez vs. Carbajal fight was simply the greatest junior flyweight fight ever and ranks as one of the greatest fights in the history of boxing 유니파잉 소프트웨어 다운로드.

With this being said, the line up of fights coming in the next two months is simply outstanding. So, if you are one those that thinks nobody important is fighting, here are those fights:

In December, more great fights are in order. On December 11, Showtime will showcase the top four bantamweights in the world in a double-header tournament of fights: Yonnhy Perez vs 웨이보 영상 다운로드. Joseph Agbeko and Abner Mares vs. Vic Darchinyan. On that same card, Amir Khan defends his WBA junior welterweight title against Marcos Maidana.

To close out the year, on December 18, forty-five year old Bernard Hopkins, who has only lost to three men in the past two decades, will challenge Jean Pascal for the WBC light heavyweight championship.

This is a fantastic group up of fights that are a must for all boxing fans. So, to respectfully correct what my good friend once said … somebody important is fighting!