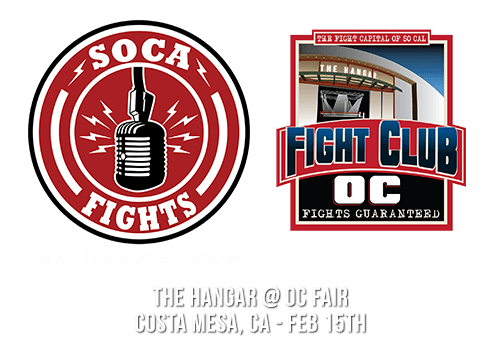 Any anniversary is special but when it is your 50th that makes it extra special and that is what the February 15th Fight Club OC show will be, Yes – it was seven years ago that Fight Club OC was launched in The Hangar at the OC Fair & Event Center and on Thursday, February 15, 2018 the most successful club fight promotion in America will celebrate its 50th show anniversary.  And to all the fans that have supported this series over the past seven years a tremendous thank you from promoter Roy Englebrecht and the entire Fight Club OC staff 다운로드. Tickets, all priced at $60.00, are on sale now at http:/www.socafights.com

The show will showcase four Professional bouts and three MMA bouts.  Doors open at 6:30pm on fight night with the first bout at 7pm.  FYI – Happy Hour is at Baja Blues right next door to the Hangar and begins at 5:30pm.