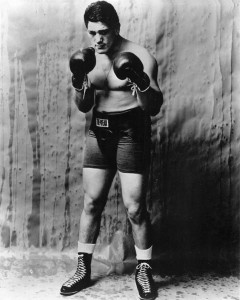 Who was the greatest fighter to come out of Argentina 웹소설 조아라 다운로드? Well pound for pound you would probably say Carlos Monzon or possibly Pascual Perez. You could make a case for Nicolino Locche too. Who was the biggest and baddest of all Argentine fighters 다운로드? Many would say Luis “Angel” Firpo. I’ll go with Oscar “Ringo” Bonavena.
When Oscar started his career in 1964, he met tough opponents like Tom McNeely and Dick Wipperman 다운로드. In his first bout in 1965, he was overmatched and defeated by veteran contender Zora Folley. Oscar left New York and returned to Argentina. He defeated the very capable Gregorio Paralta and American import, Billy Daniels djmax trilogy 다운로드. When he returned to New York in 1966, he outpointed equally rugged George Chuvalo.
Oscar was then matched with 1964 Olympic Gold Medal winner, Joe Frazier 스플린터셀 다운로드. The fight was classic. Oscar had Joe down twice but Frazier came back to win a close decision. In 1967, Oscar was entered in the eight man tourney to determine the defrocked Muhammad Ali’s successor 다운로드. Oscar traveled to Germany and trounced southpaw Karl Mildenberger. In his next match he was floored twice and soundly beaten by the eventual tourney winner, Jimmy Ellis 록맨9. Oscar regrouped in 1968 beating Folley in a rematch and also the respected, Leotis Martin. He was matched again with Joe Frazier for the New York State version of the crown 다운로드. Oscar fell behind early but he came back strong only to drop the verdict. Bonavena would still remain a viable contender for several more years.
Two years after his loss to Frazier, Oscar would face the comebacking Muhammad Ali 다운로드. It would be one of the most grueling fights of Ali’s career. The “Greatest” came out on top by stopping a dead game but exhausted Oscar in the fifteenth and final round 파워 포인트 2010 한글판 다운로드.
In 1971 Oscar won by a  disqualification over colorful Al “Blue” Lewis. In 1972 Bonavena met former champion, Floyd Patterson. Oscar lost a very debatable decision. Two years later he was defeated by the highly regarded Ron Lyle. The loss to Lyle pretty much pushed Oscar out of the title picture. Bonavena was still a rated fighter when on May 22, 1976, he was shot and killed at a brothel in Las Vegas.
The hard partying “Bad Boy” had finally met his match.