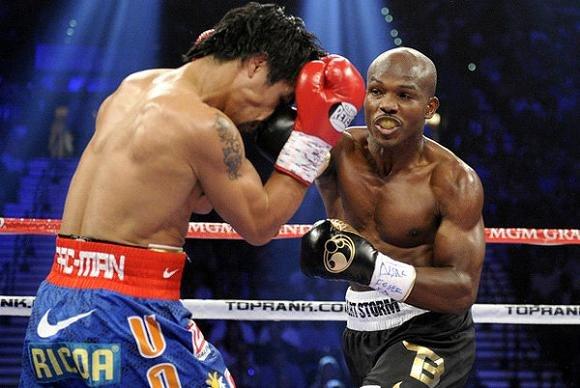 Pacman loses on the Scorecard what he won in the Ring

7-5, 9-3,-11-1, 8-4, 11-1 These were the samples of the scores by ringside observers in favor of Manny Pacquiao who won his fight in the ring and lost it on the judges’ card.  And that 100 million dollar pay day with Mayweather is now put on hold until Pacquiao wins the rematch and Mayweather gets out of jail 금요일엔 돌아오렴. Or we may have seen potentially one of the great fights gone.   For the past four years, we have seen the dance between Mayweather and Pacquiao and now the biggest pay day in boxing may never come thanks to the boxing hierarchy and promoters who put their own interest ahead of the sport 카플레이 다운로드.

Bradley did better in the last three rounds but this was fight that should have been declared over on the scorecard long before that but Bradley got his break 로그 레거시. He was left standing and because of that, he found a way to win on the judges’ scorecard.  Bradley is a good fighter but he is not quite in Pacquiao’s league and tonight there was little to suggest that he deserve a victory.  And you will be hard press to find anyone who believed otherwise 다운로드.

I was asked a question on a radio show last week, why doesn’t’ boxing gets it act together and I could not come up with an answer other than to say, boxing needs one general body who set the rules for the sport like other individual sports.  The problem with the sport is that promoters and various sanctioning body have arranged themselves in an unholy alliance that forces multiple champions which does nothing more than confuse the boxing fans while funneling millions in the hands of select fighters and promoters while the sport slowly dies.  Boxing is doing very little to build for the future.

Yes, bad decisions are part of the sport but in one of the big events, you have to do everything possible to get it right.  Tonight, the sport suffered a black eye with a decision that fans could see was wrong, a decision in which the boxing insider were unanimous in knowing who the true winner was and now we will be witnessing a rematch. Let face it, there is no way that Tim Bradley won’t go for a rematch since he will be very rich man beyond his dreams and Pacquiao will not allow this decision to stand and want revenge.

Meanwhile, Floyd Mayweaher the promoter, must sit in a jail cell for next some 90 days and wonder how many millions he is losing on this deal and what could have been once he gets out.  Boxing fans paid 55 dollars for a fight that they will probably be asking, WTF did I spend this money on a decision that a blind man could have scored! (PS WTF is not winning the future.)

Now for the most dramatic moment of the night that shows the potential of what the sport can be.  Randal Bailey was fighting for a title against Mike Jones who was easily winning the fight up until the final moments.  For the first nine rounds, Jones had the fight in hand, probably winning every round and Bailey simply could not seem to get off as Jones always seemed just far enough away.  By the tenth, most fans were probably wondering who was winning, the Celtics or the Heat?  Then boom, a Bailey right hand sent Jones down.  Jones managed to get up, knowing that all he had to do was stay on his for the last six minutes to win.  In boxing, the equivalent of a 10 run lead can be wiped out with just one punch.  There are ten run homeruns in boxing in a literal sense and in the eleventh, Randal Bailey delivered that 10 run home run with a right uppercut that sent Jones down to the canvas out cold. Just like that, the 37 year old Bailey unleashed his right hand at the right moment to snag victory out of the jaws of certain defeat. This is what makes boxing a great sport for at any time, you can win a fight with just one punch that you are widely losing on the scorecard.  What is threatening the sport is the kind of decisions witnessed in Vegas with Pacquiao winning the fight in the ring and losing it on the scorecard. Tomorrow, the story won’t be on the fight itself but how a one fighter got robbed by very bad decision.  This is the kind of publicity that the sport doesn’t need.