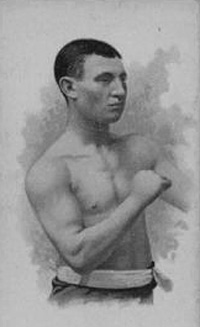 Duffy started his career in 1884 at the age of nineteen, with a knockout win over Skin Doherty.  He would go on to win his first four bouts before fighting three straight six-round draws with Paddy Sullivan 다운로드. In that same year, he would lose his only professional fight, a second round knockout set back to Jack C. McGee on December 19, 1884.  In 1885 he had only two fights, both knockout victories and both in Boston 집행검키우기 다운로드.

Then in 1886 he had a remarkable twenty fights, losing only once. These bouts were all on east coast, in Baltimore, Washington, Philadelphia, respectively.

In 1887 and 1888 he engaged in a four-fight series with Jack McGinty. Their first two fights ended in draws and then Duffy won a convincing decision in the third fight. He solidified the series by knocking out McGinty in their fourth fight. These all took place in Boston.

On October 30, 1888 Duffy earned a match with English welterweight champion William McMillan for the vacant world welterweight title. The fight took place at Fort Foote, Vancouver, B.C., Canada and Duffy would win by a seventeen round knockout.

After a non-title tune up fight win in early 1889, Duffy would next defend his title on March 29th against Australian champion Tom Meadows in San Francisco, California. The two fought for forty-five rounds before Duffy won on a foul to retain world title.

Duffy never fought again. He died the following year, on July 19, 1890 of Tuberculosis. He was only 25 years old.

He had a ring record of 31 wins, 3 losses, 16 draws with 18 by knockout and was inducted into the International Boxing Hall of Fame in 2008.

One thought on “Paddy Duffy”