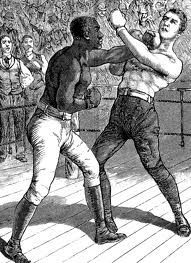 I have always been intrigued with boxing trivia 유레카 mp3 다운로드. This started when I was a young boy in 1961. I would pick the minds of the older generation and ask them questions about their era to expand my knowledge 다운로드. I am delighted now to bring boxing trivia to my website on a quarterly basis. Five questions appear in March, June, September, and December – with the correct answers to follow for viewing by the end of each posting month 다운로드.

1)  In what championship fight did Sugar Ray Robinson donate all of his purse, except for one dollar, to the Damon Runyon Cancer Fund 튀어 나와요 동물 의 숲 다운로드?

2)  Joe Frazier defended his heavyweight title against this opponent who required 32 stitches to his face after the bout 라이브 7화 다운로드?

3)  Art Aragon would fight for a world title only once in his professional career, a 15 round unanimous decision loss to who?

5)  Former WBA featherweight champion Chris John retired in 2013 with only one loss in his 52 professional bouts, which boxer holds that win over him?