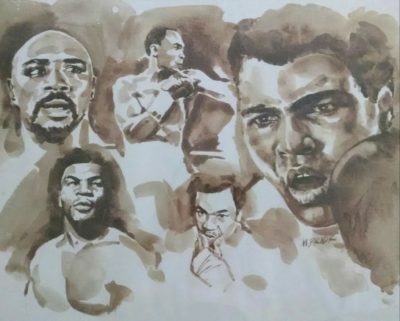 I have always been intrigued with boxing trivia 다운로드. This started back to when I was a kid in 1961. I would pick the minds of my older generation friends and ask them questions about their era to learn and educate myself 다운로드. It’s now a delight to bring boxing trivia to my website for everyone. On a quarterly basis I post five (5) multiple choice questions – in March, June, September, and December – with the correct answers to follow for viewing by the end of each posting month 가요 mp3.
1 — On March 1, 1949 when Joe Louis announced his retirement, who won the vacated heavyweight title?
a) Ezzard Charles
b)Jersey Joe Walcott
c) Billy Conn
d) Rocky Marciano
CORRECT ANSWER — Ezzard Charles
2 — George Foreman won the Gold Medal in the heavyweight class at the Mexico City Olympic games – in what year 다운로드?
a) 1964
b) 1966)
c) 1968)
d) 1970
*** CORRECT ANSWER — 1968
3 — The largest pay earnings that Floyd Patterson received for a fight in his professional career was $832,500.00 against whom?
a) Archie Moore
b) Pete Rademacher
c) Ingemar Johansson (3)
d) Sonny Liston (1)
*** CORRECT ANSWER — Ingemar Johansson (3)
4 — The first use of a motion picture camera to film a boxing match was on September 8, 1894 at the Thomas Edison Kinetoscope Laboratory in Orange, New Jersey. Who did heavyweight champion James Corbett fight?
a) Peter Jackson
b) Joe Choynski
c) Peter Courtney
d) Jake Kilrain
*** CORRECT ANSWER —Peter Courtney
5 — What boxer engaged in the most bouts (25) at the once fame Hollywood Legion Stadium in Los Angeles, California?
a) Art Aragon
b) Enrique Bolanos
c) Don Jordan
d) Lauro Salas
*** CORRECT ANSWER — Art Aragon