By Jim Amato / Senior Boxing Writer / Contributed to dmboxing since 2008

The professional career of Canton, Ohio’s Ronnie Harris is often overlooked. A lot was expected of him and to many he failed to deliver. In retrospect Ronnie may be one of the best middleweights the state of Ohio has ever produced 오토메 펑션 다운로드. 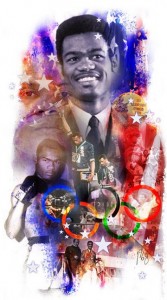 One of the first important wins in Ronnie’s career came in May of 1972 when he outpointed Cleveland’s Bobby Haymon. One year later he won another important contest with a decision over highly regarded Roland Pryor. Three months later Ronnie defeated Leon Washington in ten 피파18 커리어모드 다운로드.

The year 1974 saw Ronnie progressing nicely in the ratings. He scored decision wins over Chu Chu Garcia, Frank Davila and in Las Vegas over Peter Cobblah. In 1975 Ronnie must have found a KO punch as he won three of four contests by the knockout route.

Ronnie returned to Las Vegas in 1976 and decisioned Tommy Hanna 폴아웃 3 다운로드. He then returned to his hometown of Canton and stopped the clever Marion Conner in the eleventh round. He closed the year in New York with a ten round win over Sandy Torres. The year 1977 would pave the way to a title shot for Ronnie. He opened the year by defeating James Parks and then on March 2nd he met the celebrated Sugar Ray Seales 다운로드. This bout clearly defined Harris as a legitimate contender as he outboxed Seales over ten rounds. Next up was future world champion Alan Minter. The London bout saw Ronnie at the peak of his talents as cut Minter to shreds and the bout was halted in round eight.  Harris closed he year by returning to Canton and stopping Cliff Willis in ten.

Angel Ortiz was the next to meet defeat at he hands of Harris as 1978 began. Then on February 24th in Las Vegas Ronnie secured title shot by outclassing the rugged and powerful Gratien Tonna over twelve rounds.

On August 5th in Buenos Aires Ronnie would meet the middleweight champion of the world, Hugo Corro. The title had come to Corro after he twice defeated the great but fading Rodrigo Valdes. Hugo had brought the crown back to Argentina after the retirement of Carlos Monzon. In comparison to Monzon who was the powerful and indestructible force, Corro was a smooth and slick boxer. He gave the slower and aging Valdes fits in their battles. There were many boxing people who liked Ronnie’s chances in this bout.

The fight it self will never rank with the Hagler – Hearns  for excitement. It was a chess match that saw Corro always seeming to stay a step ahead. Harris never really able to get off in this contest and Corro waltzed to a fifteen round title retaining decision.

The loss to Corro was very damaging to the career of Harris. Corro would lose the title to the brawling Vito Antuofermo. Vito in turn would lose the crown to Alan Minter. It is doubtful that Minter wanted another piece of Harris. Ronnie defeated Edgar Wallace and stopped Leo Saenz and was then matched with power punching Sammy NeSmith for the N.A.B.F. middleweight title. In a major upset Ronnie was halted in the twelfth round. Thus any hope for a title shot had been destroyed. Harris would go on to win a few more fights and then hang them up. He was among the cream of the post Monzon era of the middleweight division. I heard once that managers Dennis Rappaport and Mike Jones, also known as the “gold dust twins” were interested in managing Harris and another fine prospect named Eddie Gregory. They did not want to manage both so they had Ronnie and Eddie box off. Harris came out on top and he went with the “Twins”. Gregory later became Eddie Mustafa Muhammad and would win the W.B.A. light heavyweight crown. Interesting story if it is true. Nevertheless Ronnie Harris was a fine fighter in his own right. One has to wonder how Harris would fare with today’s multiple titles? The feeling here is that he would have managed to win a piece of the crown.