The undefeated Thai fighter overcame a second round knock down. He stuck to his game plan to box at a distance by using his jab, and counter effectively to outbox the Chinese fighter 다운로드.

The judges all had identical scores of 116-111 … my unofficial scorecard was 115-112 for the winner Ruenroeng. The bout was televised by HBO2 from the Cotai Arena at the Venetian Resort in Macau, China 사람 아이콘 다운로드.

Broner scored a lopsided 12 round decision over Molina in their super lightweight bout.  Molina was never in the bout as Broner completely dominated every round, but one – the third, throughout the fight. 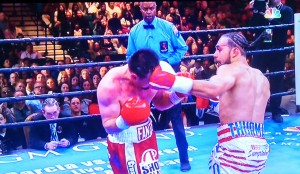 The main attraction was Thurman / Guerrero and it was nothing less than exciting even though it was clear who the winner was at the ending of this action packed welterweight fight. 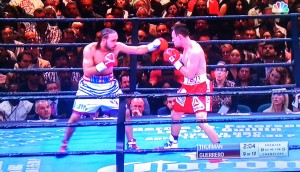 Thurman came out aggressive and took the fight to Guerrero. In the third round Thurman was at the wrong end of a unintentional head butt, that caused swelling on his left side of his forehead. Thurman was the harder puncher against a game Guerrero, who has the heart of a lion. 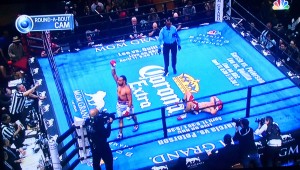 In round nine, Thurman put a explanation mark to the fight scoring a huge knockdown putting Guerrero down on the seat of his pants – flat on his back. Guerrero got up (barely) and fought back gamely and gave it his all, but it wasn’t enough as Thurman wins a 12 round unanimous decision to retain his WBA welterweight title.

The night was a successful debut for NBC-TV with more fights to come. The interesting concept of the night was, the fighters ring walk was with no entourage and the ring announcer never entered the ring to do his public address from a seat at ringside … just maybe NBC is starting their own “new” format in boxing?