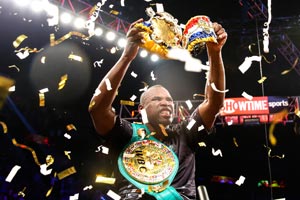 Adonis Stevenson faced Andrzej Fonfara for the light heavyweight title and the winner would most likely face the ageless wonder, Bernard Hopkins.  Before the main event, there were two big fights featuring David Lemieux taking on Fernando Guerrero in the Middleweight division and Jermell Charlo challenging Charlie Ohta in a battle of junior Middleweights 오토리 다운로드.
The first round of Ohta-Charlo was simply get to know you round even though Charlo did managed to land some powerful jabs.  Through the first six minutes of the fight; Charlo style and jab reduced Ohta’s output and Ohta couldn’t garner any rhythm but in the first minute of the third round, Ohta scored a flash knock down.  While Charlo didn’t appear hurt and boxed around Ohta the rest of the round, the knockdown gave judges an opportunity to score a 10-8 round for Ohta 스캐너 다운로드.
Charlo upped his boxing games as he used his jab to keep Ohta at bay as he easily maneuvered around Ohta.  By the end of the fifth round, Ohta’s left eye started to swell due to the constant Charlo’s jab 다운로드.
From the sixth through the eighth round, Charlo continued his lateral movement and consistently moved outside of Ohta’s range.  At the beginning of the ninth round, Charlo nearly buckled Ohta’s knee with a piston-like jab but with a minute left, Charlo nailed Ohta’s below the belt and was deducted a  point.
The tenth and eleventh round resembled the previous rounds and Charlo looked comfortably ahead.  Going into the last round, Charlo corner made it clear, no body shots which could lead to a disqualification.  Charlo won an easy decision as he simply ran out the clock in the twelfth round.
The second bout featured two hard punching fighters, Fernando Guerrero and David Lemieux going after each other.  Halfway through the first round, Lemieux started to pound Guerrero and landed big right hands that had Guerrero in trouble.  A Lemieux left hook sent Guerrero down with ten seconds left.  The second round was not much different than the first as Lemieux unleashed left hooks to the body and head.  One left hook open a nasty cut over Guerrero’s right eye and a second left hook forced Guerrero to take a knee with time running out of the second round.
Guerrero suffered his third knockdown half way through the third round as a left hook sent him down.  Guerrero got back up and with his eyes bleeding profusely, fought back with all he got left but Lemieux unleashed some of the mos vicious punches seen this boxing year.   Lemieux finished Guerrero with a right uppercut.  Lemieux showed that he knows how to finish the show as he had Guerrero in trouble halfway through the first round and continued to keep his opponent in trouble until the end came.
Adonis Stevenson defended his version of light heavyweight title against Polish fighter Andrzej Fonfara and there was much at stake.  It didn’t take long before Fonfara felt the full brunt of Stevenson power as a Stevenson left sent Fonfara down for an eight count.
From that point, it was a battle of survival for Fonfara over the next one minute and half.
Fonfara nailed Stevenson with two solid right hands over the first minute of the second round but Stevenson nailed Fonfara with three big lefts from his southpaw position over the last two minutes as he boxed around Fonfara . Stevenson power shots opened up a cut over Fonfara’s left eye in the third round.  While Fonfara landed some solid hooks, he had trouble with Stevenson’s style.
In the fifth round, a Stevenson body shot sent Fonfara down for the second time in the bout and throughout the sixth round, Stevenson body shots nearly sent Fonfara down a third time midway through the round but Fonfara managed to stay upright.   At the halfway point of the fight, there were no rounds that Fonfara could claim and with two knock downs, Fonfara was at least eight points down on the scorecard.
In the eighth round, Fonfara landed a combination and began to walk Stevenson down throughout the round as Stevenson looked like he slowed down for the first time in the fight.      In the first minute of the ninth round, Fonfara right hand sent Stevenson down and he continued to push the action.  Stevenson came back in the tenth round as he pounded the Polish’s fighter body to take back momentum.
The eleventh round saw both men tag each other with big shots with Stevenson power giving him the advantage but Fonfara jab found its target as well.  Stevenson had a large lead into final round but Fonfara was still standing which was an upset in itself if one viewed this fight over the first five rounds.  Stevenson attempted to close the show but Fonfara refused to go down as he connected on solid hooks.  Over the final thirty seconds of the bout,  Fonfara nailed the champion with solid shots as he went for the knockout.
Stevenson won the bout 115-110 , 115-110, 116-109 in a bout that was exciting. Yes, Stevenson was the victor but Fonfara gave him a tussle and there were times that Stevenson looked vulnerable.  Now Stevenson has a date with destiny and Hopkins for the undisputed light heavyweight champions.