I have assembled my personal choices in boxing for the past last year 2013 in the five major categories 다운로드. Picks are solely my opinion, as I respect and welcome opinions of others. 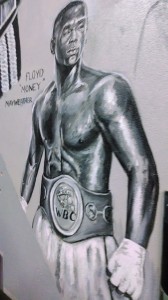 Showing no signs of aging in the ring, Floyd won both of his bouts in 2013 in dominating fashion over two highly touted opponents Robert Guerrero and Canelo Alvarez 역전 재판 1 다운로드.

He remains the best “pound for pound” in the sport and I for see that not to change anytime in the near future.

FIGHT OF THE YEAR: Timothy Bradley vs. Ruslan Provodnikov

This fight was simply a fight fans dream fight – a boxer vs. slugger brawl with every round being non-stop toe-toe action though out to the final bell in 12th round.

In round one Ruslan almost took out the champion Bradley and in round twelve came within a whisker of winning by knockout.

Two of the three judges had Bradley winning by one point on the their scorecards. Bradley wins it close – by unanimous decision.

ROUND OF THE YEAR: Darren Barker vs. Daniel Geale (Round 6)

In round six, Geale throws a solid left to the liver and Barker is out, or as we all thought he was. Down for the count and seemly he would not get up, Barker withstood a barrage of punches and Geale’s efforts to finish him, but amazingly finished the round strong en route to a split decision victory to win the fight.

Runner Up:  Timothy Bradley vs. Ruslan Provodnikov (Round 12), and James Kirkland vs. Glen Tapia (Round 1)

KNOCKOUT OF THE YEAR: Adonis Stevenson vs. Chad Dawson (KO 1)

At the opening bell, Dawson comes out strong throwing his right jab from southpaw stance to perfection as Stevenson counters in his own southpaw stance. After a few even exchanges by both, Stevenson lands two solid lefts, with the third left landing perfectly on Dawson’s right temple. Down goes Dawson with his head dropping forward as his body slumps backwards until he is flat of his back, with the knockout coming in just 76 seconds of the first round.

UPSET OF THE YEAR: Jhonney Gonzalez vs. Abner Mares (KO1)

Former two division previously unbeaten champion Mares goes into this fight as a 11 to 1 favorite. Gonzalez starts immediately with a barrage of punches and midway in the round throws a perfect left hook that send Mares down. With that knockdown Gonzalez senses the beginning of the end for Mares as he ends the fight with a left hook-right cross combination at 2:55 of the first round.

There are three boxers that I will predict will have banner year 2014, they are: Keith Thurman (welterweight), Gennady Golovkin (middleweight), and Micky Garcia (junior lightweight). Between the three they combine to post a remarkable (83-0 / 73 by KO) ring record … all they do is win.

My top dozen “pound for pound” ranking ending the year 2013