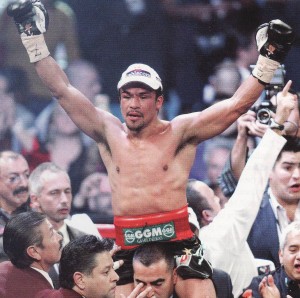 The Mexican warrior wins mega fight IV vs 핀터레스트 이미지 다운로드. Manny Pacquiao in December by a spectacular knockout. The result gives Marquez his first definitive victory in his epic four-fight series against arguably one of the best in boxing today 다운로드.  Marquez also recorded a one-sided win over Sergey Fedchenko in April to win the vacant interim junior welterweight title.

This fight was even on the scorecards through six rounds. It provided vicious exchanges by both fighters who performed at the highest level in boxing. Neither one gave an inch from the beginning to the end and both averaged over 100 punches per round. However, at the end, Rios showed more of a will to win by recording a sixth round stoppage. Both fighters were unbeaten with a combined record of 63 wins, no losses, and one draw going into this titanic match (Rios 30-0-1 and Alvarado 33-0). 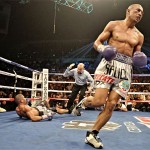 An outstanding fight throughout. After a great round eight, round nine proved to be nothing less than spectacular, a round for the ages with both providing non-stop action every second of that round.

KNOCKOUT OF THE YEAR: Juan Manuel Marquez over Manny Pacquiao, Round Six (December 8, 2012) 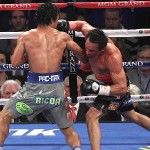 Slightly behind on points in an action packed fight, Marquez catches Pacquiao in the sixth round with a perfect straight right hand counter punch than drops the Filipino to the canvas as the referee counts him out.

Josesito Lopez fought the fight of his life. He showed speed, combinations, ability to lead counter and enough power to stun his opponent, plus the willingness to mix it up with the hard hitting Ortiz.  Both fighters showed guts and toughness, but it was Lopez, who was behind on points up to the stoppage through nine rounds, that fought brilliantly.