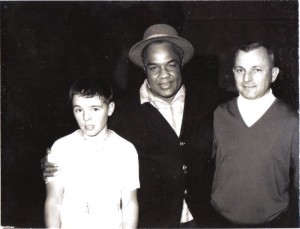 By Rick Farris for dmboxing.com

When I heard that Henry Armstrong was in the gym, I couldn’t concentrate on my own workout 갱스터 리오 버그 판. He was nearly 53-year-old, and hadn’t fought in twenty years. He was in the gym training a young welterweight, Gary Carr.

My eyes kept looking over to Armstrong as he worked with his fighter 롤코타. I wanted to watch closer, maybe pick something up from one of the greatest prizefighters in history. I was just a kid, but I knew all about Henry Armstrong 다운로드. I was like a little leaguer standing on the same ball field with Babe Ruth.

How many other world champions held three undisputed world titles simultaniously 터보 클리너 다운로드?
How many champs defended the welterweight title eighteen times (the record) in less than two years (five defenses in a three week period!). He did the above while also holding and defending the featherweight and Lightweight titles, not to mention a few non-title contests, as well 레지던트 이블 파멸의 날. Then he fights to a disputed “draw” in an attempt to add the middleweight title to his collection. (He had beaten the middle champ in an earlier match.)

I watched the man closely, this is what I would take from the gym that day Ms office access download. He looked a little tired, very calm, a warmth about him. His dark sweater had holes in the sleeves, the soles of his shoes were worn. I imagined how good life had once been for him 스토브리그 8회 다운로드. Actors Al Jolson and Ruby Keeler had once had held his contract.

My manager, Johnny Flores introduced me to Hammerin’ Hank. My grandad snapped a picture ubuntu 16.04 lts.

NOTE: Rick Farris is a former professional boxer and a boxing historian. He was recently inducted into the California Boxing Hall of Fame in June 2010 공장초기화. His contributions to this website are most appreciated!