I am delighted to bring you a feature article that was published on dmboxing.com in August 2012, and is one of my favorites.  It is about a historic venue that I remember growing up as a kid; I attended many boxing and wrestling matches there.  My friend Bob Quackenbush captures it all in his excellent piece.  This is part two, as part one was just posted last week for your viewing 다운로드. 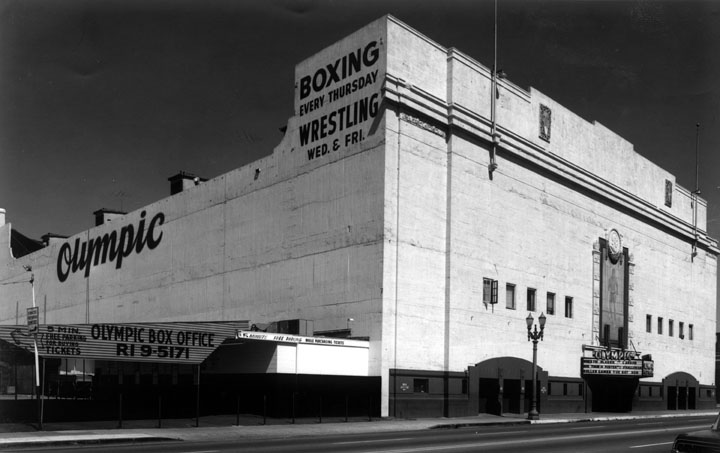 Though boxing was the sport that put the Olympic Auditorium on the map, legions of young fans in the 1950’s, 60’s, and 70’s remember this place as the hallowed ground of Championship Wrestling.  Throughout the 1930’s, matches were held there regularly; but with the growth of television, later wrestlers such as Gorgeous George, Lou Thesz, Count Billy Varga, Freddie Blassie, the Destroyer, Mr 다운로드. Moto, Mil Mascaras, Bobo Brazil, John “the Golden Greek” Tolos, Harold Sakata (who played the role of Odd Job in the movie “Goldfinger”), and Rocky Johnson (father of Duane “the Rock” Johnson) became household names 다운로드.  Presided over by an actor-turned newscaster-turned sports announcer, the great Dick “Whoa Nellie” Lane, they were incredible shows in the pre-WWF days 다운로드. 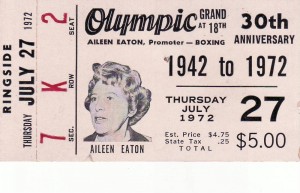 When Cal passed away in 1965, Aileen, known as the First Lady of Boxing, continued on as sole promoter for the next fifteen years.  Her sons from her first marriage, Mike and “Judo Gene” LeBell, also promoted various events at the Olympic.  Gene is well known to this day as a national and international judo champion, master of the art of grappling, and stunt man.  California legends George Parnassus, Don Fraser, and Don Chargin were other influential promoters at this boxing and wrestling hotbed, along with matchmakers Babe McCoy and Mickey Davies.  Other fixtures at the arena were Chief Inspector Joey Olmos of the California State Athletic Commission and publicity icon Luis Magana 윈도우7 통합 iso 다운로드.

In addition to Dick Lane, there were other famous voices and visages who reported on events at the Olympic.  Well known broadcasters for boxing included  Jim Healy, Tom Harmon, and a young Dick Enberg 다운로드.

No article about the Olympic, though, would be complete without mentioning a special gentleman who was the Master-of-Ceremonies for boxing and wrestling at this venue, ring announcer Jimmy Lennon.  The father of current announcing great Jimmy Lennon, Jr., and uncle of the singing Lennon Sisters, the senior Lennon was “The Voice of the Olympic Auditorium” and was known for his eloquent style and excellent Spanish accent.  He began as a tuxedo-wearing singer of the National Anthem at the Ocean Park Arena in Santa Monica, CA, and filled in as an announcer one night wearing the same outfit.  He did such a fine job that he was hired to announce full time and the tuxedo-wearing tradition for announcers was born 노트북 펜.  Lennon appeared in more than seventy movies and television programs.

Located near Hollywood, the Olympic itself has also been a star of the silver screen.  Some of the movies filmed there include “Requiem for a Heavyweight”, “Rocky”, “The Champ”, “Raging Bull”, “The Main Event”, and “Million Dollar Baby”.  Starting in the 1980’s, it was also the venue for a number of rock concerts mp4 플레이어. 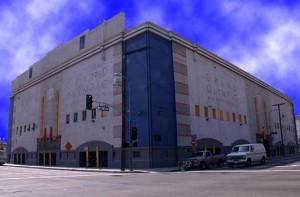 Closed for remodeling in the in the late 80’s, the arena’s capacity was reduced to 7,500 seats.  It was reopened in 1994 for a special event as local favorite Oscar DeLaHoya won his first professional title, the WBO Super Featherweight Crown, with a 10th round knockout of WBO Junior Lightweight Champion Jimmi Bredahl.