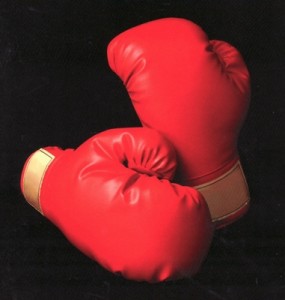 By Jim Amato / Senior Boxing Writer / contributed to “dmboxing.com” since 2008

It is not fun growing old 다운로드. I am a product of my past.  A victim of my era so to speak. I constantly bump heads with the young fans of today. They glorify Hopkins, Manny, Mayweather and the Klitschko brothers 다운로드. Even from a decade or so before it’s all about Holyfield, Whitaker and a guy named Mike Tyson. They are all great fighters in their own right. Then you can go back a little farther 다운로드. Now we’re talking Holmes, Duran, Hagler, Leonard, Hearns, Pryor, Michael Spinks and Benitez. How about Julio Cesar Chavez, Edwin Rosario and the great Salvador Sanchez 다운로드? Some great names and outstanding fighters.

I honestly feel I was very fortunate to grow up in a period of some truly great fighters. Boxers… champions who dominated their respective divisions. This isn’t about Ali and Frazier. The mark they left on boxing is stamped for eternity. No this is about dominant champions like Bob Foster, Dick Tiger, Emile Griffith, Carlos Monzon, Jose Napoles, Antonio Cervantes, Roberto Duran, Carlos Ortiz, Flash Elorde, Alexis Arguello, Vincente Saldivar, Eder Jofre, Fighting Harada, Ruben Olivares, Carlos Zarate, Pascual Perez and Miguel Canto.

Then you have boxers who in today’s state of fragmented titles would have surely won a piece of the pie. Tough men like Jerry Quarry, Yaqui Lopez, Bennie Briscoe, Hedgemon Lewis, Ernie “Red ” Lopez, Armando Muniz, Clyde Gray and Ray Lampkin, Just to mention a few.

Yes – I admit that I live in the past but these boxers and so many others from that era continue to stir up great fistic memories. We will never know for sure if Hopkins could have defeated Monzon or Hagler. We’ll never know if Bob Foster could have defeated Michael Spinks or Roy Jones Jr. I just don’t want to let the greatness of the fistic heroes I grew up with be forgotten. Just as I hope the fistic heroes of today will be remembered thirty years down the road.