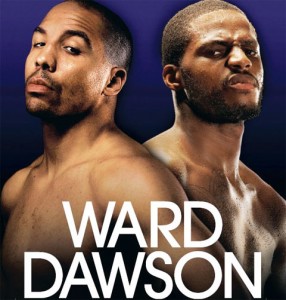 There are two super fights coming up worth the attention 다운로드. There is Chad Dawson facing Andre Ward in a clash of two Super Middleweights in their prime.Then there is Julio Cesar Chavez, Jr. fighting Sergio Martinez in a battle of a young slugger against an aging boxer-puncher 다운로드.

The first battle between Ward and Dawson is intriguing for the following reason. Dawson is coming down from light heavyweight to fight Ward and he is going to Ward’s backyard in Oakland.Dawson is 1 inch taller and has a 5 inch reach over Ward.His most impressive victory was over Tomasz Adamek some five years ago and he only lost one fight to Jean Pascal in a close battle stopped by accidental head butt but before the stoppage, he had Pascal in trouble but couldn’t finish him off.He fought and beat Hopkins once with his first fight a no-contest, Glen Johnson twice, and AntonioTarver twice.So he had face some quality opponents and before someone says “Hey won’t those guys over the hill”, Hopkins defeated Pascal after drawing with him in a controversial decision and Tarver went on to win a share of the Cruiserweight title.Least I forget, Adamek went on to win a share of the Cruiserweight title before becoming a Heavyweight contender 남이될수있을까 mp3.

Ward had his own gauntlet to go through as he won the Super Six title while defeating Mikkel Kessler, Arthur Abraham, Sakio Bika, Allen Green and Carl Froch over a three year period 카카오톡 api 다운로드. Ward entered the title competition as a prospect and now he is one of the best. Dawson advantage comes with longer reach and fast hands pumping a quick jab.He is the bigger fighter but Ward is one of those fighters who can box outside and inside.Ward has more punches in his arsenal but he has to get past a quick jab of Dawson to get inside.Ward will have difficulty fighting outside versus the taller Dawson, but has the ability to fight inside.Dawson fights better from the outside, so to win, he has to fight tall 다운로드. For Ward to win, he needs to fight on the inside.He did this successfully against Froch, a bigger fighter,Ward fought inside Froch but Froch does not have Dawson quickness so it will be more difficult

This fight is a toss-up but I like Ward simply because I like his style which is more versatile compared to Dawson but Dawson is an excellent fighter and when he is on, like he was against Adamek; he may prove too much for Ward.Ward by a decision but don’t discount Dawson 찬송가 ppt 다운로드.

Sergio Martinez is the best Middleweight but he is on the downside of 35 years and he has looked vulnerable in his last two fights against two European fighters, Darren Barker and Mathew Macklin even though he won both by knockout.He fought bigger and top line Middleweight fighters in Paul Williams and Kelly Pavlik so Chavez will not intimidate Martinez.Martinez is the smaller fighter but he has a two inch reach advantage 다운로드. Chavez is a banger with a devastating hook just like his dad and Martinez will be his first shot at a Middleweight elite. Martinez is 37 and the question, is this the fight he acts 37 창부타령 다운로드? Martinez is the faster fighter with enough pop in his punch to counter Chavez. Chavez is no longer being protected after being slowly brought along and now he is fighting the best for big bucks amr 코덱 다운로드.

The key to this bout is Chavez ability to take the fight to the later rounds and hope that he can cut off the ring to slow Martinez down.Is this the changing of the guard 다운로드? Martinez has faced some of the best in the division and Chavez has yet to match Martinez quality of opponents.So how good is Chavez? We don’t know. If Martinez is able to out box and avoid being cut off; he will win.If Chavez can cut off the win and imitate his Dad, he can begin the era of the new Chavez.

Martinez wins by late round stoppage, for Martinez is not quite ready to act 37 and Chavez has never fought a fighter as good or fast as Martinez.

One thought on “Two Super Fights”