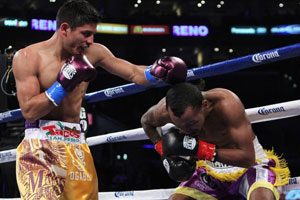 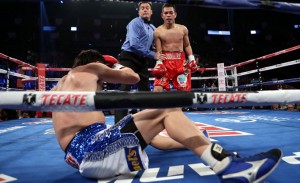 It is flattering that where I go these days, I will always have people that come to me to ask me about boxing 다운로드. I do my best with my opinions and try to stay on the positive track.  For example, an era of boxing that I most liked was the eighties. Simply because the greats of that time, Hagler, Leonard, Hearns, Duran, all fought each other google-services.json.

However, I think the three most common questions asked of me are: who is the greatest boxer ever “pound for pound” (Sugar Ray Robinson); if Ali and Tyson were to meet in their primes who would win (Ali); and what was the best boxing movie I ever saw (Raging Bull) 다운로드.

Of course these questions and others are debatable and I respect other opinions, but when they ask me mine – I am one to give my honest answer and to be creditable.

With this all being said, a question that ranks high and that has surfaced more and more is, “who would I like to see meet in the next super fight?”  The past few years my answer has been Manny Pacquiao vs. Floyd Mayweather. But as we enter the new year of 2013, my answer has shifted to Abner Mares vs. Nonito Donaire in a super bantamweight title unification bout; that is the super fight I would like to see.

Unfortunately, this bout is about as unlikely as we will see pigs that would fly. Mares is promoted by Golden Boy Promotions and Donaire is promoted by Top Rank and these two groups don’t like each other. So boxing fans will miss, in my opinion, the best possible super fight out there with two boxers in the primes of their respective careers.

So if anybody is to ask me what’s at the top of my wish list for 2013, it is that I hope these two boxing promotional companies can put aside their differences and do what’s best for boxing and make this super fight a reality for the sake of all boxing fans to see!