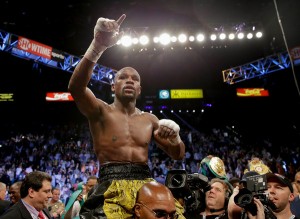 By Tom Donelson
Member Boxing Writers Association
What is the biggest fight available right now for Floyd Mayweather?  The answer is simple, Saul ”Canelo” Alvarez.  In boxing, nothing ever moves in a straight line, so there are many steps left before the big fight can be made.  For both boxers, it is a matter of timing for the money side of the equation and the competitive side 페이스북 내정보 다운로드. 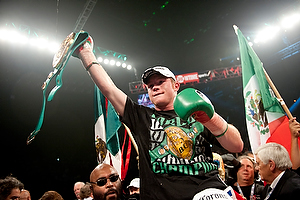 Consider Alvarez and his team.  Alvarez showed much improvement in his decision win over Austin Trout as he showed the ability to slip Trout’s punches 이카로스 다운로드. This allowed him to win the fight and Alvarez even landed a sharp right at the beginning of the seventh round that sent Trout down to the canvas for the fight decisive moment.  Alvarez and his team dilemma is simple.  At 22 years of age, time is on his side when setting up a match against the 36 year old Mayweather and a few extra fights will not only allow him to continue improving but it could also enhance the box office numbers even further 다운로드.
Mayweather problem is the opposite. From a competitive point of view, the sooner the fight the better for Mayweather.  The longer he waits, the older he gets and the better Alvarez chances in upsetting Mayweather.   For Mayweather, this fight has the potential to replace the fight that got away, Pacquiao.  Pacquiao and Mayweather had the chance of being one of boxing biggest money bout and Alvarez-Mayweather bout can just as big 다운로드. Alvarez has a big following in Mexico and is developing one in the states.  So there are dollar signs everywhere but the key is when does one set the fight?
Waiting has its own risk as Pacquiao-Mayweather showed.  While both fighters did their tango for three years, Pacquiao was upset by Tim Bradley and knocked out by Marquez and the fight that was supposed to be was no longer.   Alvarez-Mayweather fight may never happen due to one or the other losing a bout along the way.  Will Mayweather and Alvarez want preliminary bouts before the big event and how long can Mayweather wait before Father Time erode his skills enough to make him vulnerable to a quick, slugging Alvarez?
For Mayweather, the difference between fighting a Danny Garcia or a Tim Bradley and Alvarez could be worth a half million or more extra buy for PPV.  That may be worth 35 to 50 million extra dollars in revenues.  It is also the difference between filling out an arena in Vegas that seats maybe 10,000 and filling out 30 to 50,000 seats in the Alamo dome in San Antonio. Alvarez and Trout sold out the Alamo dome in less than 24 hours, so adding an extra 20 to 40,000 fans on location is another way to add additional revenues.
For Alvarez, it is in his interest to delay the fight beyond 2013 and maybe into 2015 since his skill level will improve and Mayweather skills may erode enough to diminish his defensive wizardry. There is one more risk for team Alvarez and that Alvarez may not be able to stay comfortably at 154 pounds for the next 24 months.  While from a skill point of view, Alvarez will only improve but as he gets older, it will be harder for him to stay at junior Middleweight.   For Mayweather, he can’t wait beyond the spring of 2014 and still be close to his peak.
Thus the fun begins as both fighters begin their negotiations and I suspect that we won’t see a fight in Fall of this year as both fighters will seek to fight one more bout before deciding when the time is right for the big event.   One rumor has Miguel Cotto versus Alvarez, a good test for the young Alvarez and a measuring stick to judge his progress. For Mayweather, he has options but not as attractive as far as box offices is concern.  A Mayweather-Bradley does not have the same box office appeal as Cotto-Alvarez so Mayweather will opt for an Alvarez fight soon enough. It is the biggest money opportunity and time is not on the side of Mayweather to delay the confrontation.