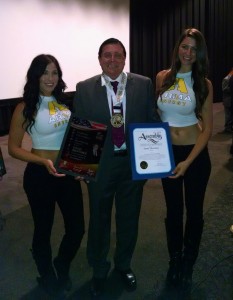 I was truly humbled to be an inductee this past Sunday, May 17, 2015, into the WBC Legends of Boxing Museum Hall of Fame. The “gala” event was attended by 350 people and took place at the American Sports University in San Bernardino, California with Bill Dempsey Young serving as Master of Ceremony 다운로드.

If I were to say THANK YOU a hundred times it would not be enough for such an honor, and for such a memorable day in my life that I will never ever forget 다운로드. 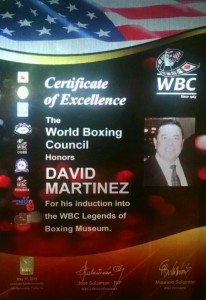 It was certainly a reunion of old friends, boxers, and a host of wonderful fans that came out in support.  My presenter on stage was Gene Aguilera, who is a friend, an author, and a Boxing Collector and Historian wpf toolkit. 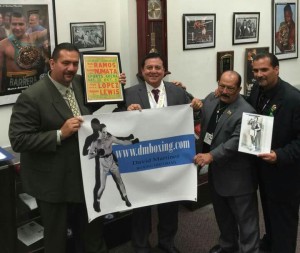 After the awards, a special ceremony in the WBC Legends Museum,  is where I respectfully presented my three gifs for display.  #1) a photo of Cassius Clay on the speed bag taken in November 1964-  just prior of him changing his name to (as we know it today) Muhammad Ali … #2) a poster of a fight card I attended at the Los Angeles Sports Arena on October 4, 1969, World Lightweight Championship,  Mando Ramos vs. Yoshiaki Numata and the Ernie Red Lopez vs. Hedgemon Lewis “rubber match” …  #3) my official banner logo of  website www.dmboxing.com

For those of you that were not able to attend, I would like to share my acceptance speech, as if you were there:

*** Today I consider myself the luckiest man on the face of the earth 다운로드.

*** To have this special moment in time to be honored by my peers in boxing.

*** For those that know me – know the importance that boxing is and has been to me.

*** That same year – I started to attend Boxing and Wrestling matches with my uncle at the Olympic Auditorium at 18th & Grand Avenue in Los Angeles and that was the beginning of a contagious passion and love for the sport of boxing.

*** In those early years as a teenager and after serving my county in the United Sates Navy … I was obsessed with picking the minds of the older generation to learn and educate myself in boxing’s yester years 다운로드.

*** Today that has more than helped me be the renowned historian and journalist that I am – that goes back to the 19th century – the days of Peter Jackson, John L. Sullivan, Jim Corbett, Bob Fitzsimmons and Jim Jeffries.

*** In my lifetime – I was blessed to have met two outstanding boxing historians – Al Nelson and Hank Kaplan – that both told me the same:  TO KNOW YOUR CRAFT WELL AND STRIVE TO ACHIEVE CREDIBILITY.

*** Through the years I have served as a boxing writer for my local Santa Barbara, California newspaper and that lead me to radio and TV and guest speaker appearances.

*** I have contributed to local boxing clubs for kids and young adults in the capacity of coach, referee, judge and advisor and I currently work with a professional fighter.

In 1997 – I was selected by Dub Harris to become a Board of Director and Historian in the World Boxing Hall of Fame and with that 10 year tenure – it lead me to meet many boxers and many others in the boxing world … to say that was a blessing – is truly an understatement.

*** In July of 2007 – I formed my own website and a small team of people to what is known today as dmboxing.com

*** In September 2007 – I was inducted into the California Boxing Hall of Fame.

*** To know boxing – I believe that you must live it every day … which is a reflection of my personal quote: BOXING IS MY BLOOD LIFE LINE and will be forever and always!

*** I would like to thank Jamie Ochoa and the WBC Boxing Legends and also to Gene Aguilera my presenter – for this wonderful opportunity and honor and thank you – to the many here today for your kind support … thank you – thank you – EVERYBODY! 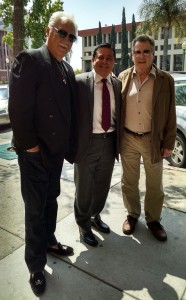 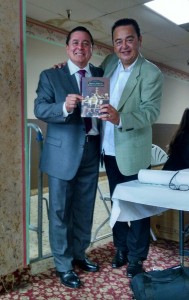 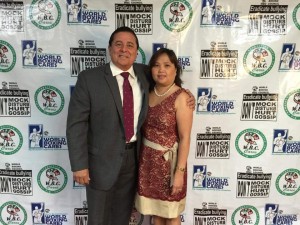 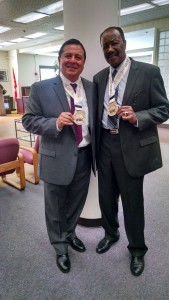 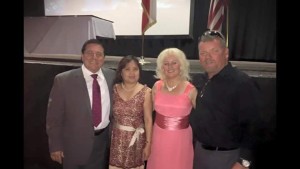 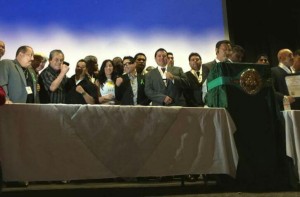 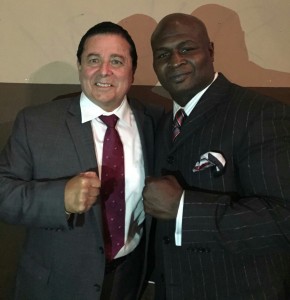 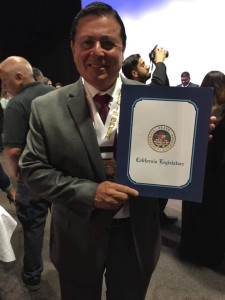