***** FLASHBACK ~ This article originally appeared on dmboxing.com in November 2012 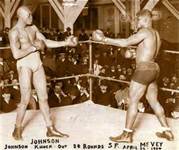 Let me bring you a feature story that you will probably not read any where regarding, all together, the five best black heavyweights at the turn of the 20th century.

I got the idea when I over heard some mutual friends talking about the best black baseball players that never got the chance to play in the major leagues, and had to settle playing against each other in the old negro league 하울의 움직이는성 더빙 다운로드.

But before Johnson came into the scene, I must acknowledge Peter Jackson. He was a true pioneer in the brass knuckle days, and the first black heavyweight that set the stage for the top recognition of the black boxers, and that was before the turn of the 20th century 너의이름은 고화질. Racial prejudice was the only thing that kept Jackson from his chance to win the heavyweight championship. In a ten year span, 1882-1892, in which Jackson was in his prime, the heavyweight champion was John L. Sullivan, who stated that he would never fight a Negro for his crown.

Just before Sullivan lost his coveted belt, in 1892, to James J Corbett, a year prior to that fight in 1891 Jackson fought Corbett to a grueling 61 round draw, in a bout that lasted over four hours 사카모토입니다만 다운로드. Jackson would never fight Corbett once he held the title, and lost to another future heavyweight champion Jim Jeffries seven years later after the Corbett fight, in a fight that virtually ended his career.

Jackson “aka” The Black Prince was considered by many boxing experts (even to this to this day) at the peak of his career as one of the most complete heavyweights ever. 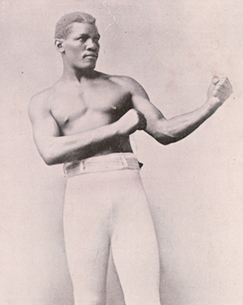 After the turn of the 20th century, I rate Jack Johnson the best at that time, and in his prime he was truly the top heavyweight. Johnson was a master defensive boxer, and well ahead of his time among any of the great boxers, black or white in his era. He won the heavyweight championship when he was 32 years old, Ali was 22, and Joe Louis was 23. He was the central figure in the most dramatic fight in heavyweight boxing history; his July 4, 1910, bout with Jim Jeffries caused more national repercussions than any thing ever seen in the sport. Johnson fought the best in his time, and lost the championship to Jess Willard on a “controversial” knockout. The late Nat Fleischer, Ring Magazine founder, and in my opinion, said Johnson was simply the best heavyweight champion ever.

#2) Harry Wills, is probably the most unrated heavyweight that never won the title. He was ranked many times as a top contender for Johnson’s belt, but they never fought.

He also was ranked the number one contender, when Jack Dempsey was champion, but they never fought. Wills, was forced to fight continuously against many of the best black fighters in his era such as Sam Langford, Sam McVey, and Joe Jeannette, but in a career that spanned six heavyweight champions, not once did he get a title shot.

Wills was known as The Black Panther, and was a big six-foot, three inches, and 220 pounds. Although many of his early bouts were unrecorded, I found to be his ring record at 65 wins, 8 losses, 2 draws, 47 knockouts, with 25 no-decisions, 3 no-contests. His best punch was a right cross that was so powerful, that in his 47 wins by KO, those lasted an average of only three rounds.

Had he been given the opportunity to fight for the title, I truly believe he would have changed the history of boxing and would have been the second black heavyweight champion.

#3) Sam Langford, was recognized by the late Nat Fleischer, Ring magazine founder, the seventh best heavyweight of all time, and in a past issue of Ring Magazine rated him number two on their all time list of best punchers.

#4) Joe Jeanette, was actually a look-a-like in styles to Sam Langford, was not big by heavyweight standards, at five foot ten inches, 190 pounds. His ring record was most impressive 79 wins, nine losses, 6 draws, 66 knockouts, with 62 no-decisions, 1 no-contest. He is best known for his quote to Jack Johnson, which he repeatedly said, “that Jack forgot about his old (black) friends, after he became champion and drew the color line against his own people.”

#5) Sam McVevy, or some refer him to McVea, was actually a Mike Tyson look a like in many ways, he was compact, had a powerful physique, with tremendous punching power, as he stood 5 foot ten inches, and at a solid 215 pounds. His ring record was 65 wins, 15 losses, 11 draws, 47 knockouts, with 1 no-decision, 4 no-contests.