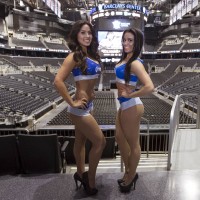 By Tom Donelson / Member Boxing Writers Assc 다운로드. and Boxing Research Org.
2013 proved to be one of boxing best but what about 2014?  There are some potential big bouts beginning with Floyd Mayweather who defeated Saul Alvarez in the biggest PPV bout as far as audience participation is concern, but now where does Mayweather go from here 다운로드? Mayweather has plenty of suitors who love to step in the ring with him if for no other reason than for the big pay day.  Among those who might challenge the great one includes Tim Bradley and Danny Garcia, both undefeated champions.
As for Bradley, his victory over Marquez and close escape over Ruslan Provodnikov proved to be a stepping stone to the elite status.  Bradley does have option including a rematch with Provodnikov and Manny Pacquiao plus a bout with Marcos Maidana who pounded Adrien Broner into submission.  As for Pacquiao, he wants his shot at Mayweather and this might be tempting for Mayweather since even after Pacquiao’s failure over the past two years; this could be a big money event.  Pacquiao showed that he still has elite skills with his victory over Rios but there is no evidence to suggest Pacquiao can beat Mayweather at this stage in his career but he does have two fights that can still attract big money; a fifth fight with Marquez or rematch with Bradley.   And even a Pacquiao-Maidana might be worth a view 다운로드.
In the junior welterweights, Danny Garcia is the king of the 140 pounds and if there is no shot against Mayweather, there is some intriguing fight including Provodnikov who has shown to be one of boxing toughest fighters.  While Garcia easily defeated Matthysse, Provodnikov may be a tougher fight.  His defeat of Alvarado and his near victory over Bradley showed that he can wear any fighter out.  Garcia-Provodnikov is a fight that should be made.  You add Brandon Rios and Mike Alvarado, you have a ton of exciting fights in the welterweight and junior welterweight.
Saul Alvarez is now ready to come back from his lost to Mayweather and the one intriguing bout would be against Cuban Erislandy Lara. Lara easily defeated Austin Trout and the tough Alfredo Angulo this past year and he has the style plus power to beat Alvarez. Lara is one of those fighters that others avoid since he is excellent boxer with good power so I don’t see Alvarez fighting him in March but sometimes later this year; this could be a bout that will test Alvarez.
This could be the year that Gennady Golovkin takes that step to becoming a superstar. In the ring, he is one of the best Middleweights but until he beats Sergio Martinez, he won’t be recognized as the best in the Middleweights.  Martinez is approaching 40 and has shown vulnerability over his past bouts and he might be just too much past his prime to keep a young Golovkin off.  A Martinez-Golovkin will be the kind of fight that will decide the future of the division and if Golovkin wins that matchup, he can move up to 168 degree to face Andre Ward.
As for Ward, he has wiped out the Super Middleweight division so where does he go? Rematches with Froch or does he move up to light heavyweight with possible bout against Adonis Stevenson or  does he entice hard hitting Golovkin to move up?
Vitali Klitschko has retired to become a politician in the Ukraine but his younger brother is still the reigning champ of all of the Heavyweight division.  There are no others who are ready to take the title from Klitschko but in America, Deontay Wilder may be America’s best hope for a heavyweight title.  He has the physical tool to make a run at a title but with minimal amateur experience, he is still a work in progress. He has the tools including one punch knockout power and he is big enough to take on Wladimir Klitschko over the next two years.  For American boxing fans, it is nice to see an American heavyweight who might become the real thing.
Guillermo Rigondeaux defeat of  Donaire and Joseph Agbeko showed that he is the best boxer among small fighters and this is after thirteen pro fights.  Rigondeaux had 400 plus amateur fight against the world best amateur fighters before turning pro and this has shown up in his pro career.  Nonito Donaire is still one of the best pound for pound but his devastating lost to Rigondeaux slowed down his momentum.
2014 could be another great bout with great potential fights ready to be made, and if boxing promoters make them; we will have some great bouts that will have boxing fans buzzing.