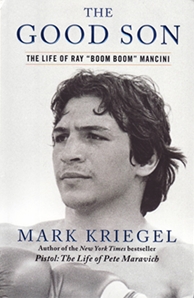 The book THE GOOD SON is a definitive biography that covers the full story of Ray’s quest for redemption – first for his father and then for himself 핀터레스트 이미지 다운로드. The narrative takes readers from the sweaty fight gyms of the 1940’s Brooklyn to the televised fights of the 1980’s, tracing the different careers of father and son, Lenny and Ray Mancini 다운로드.

In the 1980’s, Ray was a national hero; the real life Rocky Balboa who rose from the gritty streets of Youngstown, Ohio to become boxing’s All-American Boy 의지의 승리 다운로드. Growing up in the shadow of his father, whose own boxing career was tragically cut short by injuries sustained in WWII, Ray vowed to win the world championship title that Lenny, the original Boom Boom, had missed out on. But another tragedy awaited the younger Mancini – this time in the ring itself.

On November 13, 1982 at Caesars Place, Las Vegas, six months short months after the 21 year old Ray claimed that world championship title he had promised his father, he got the chance to showcase his talents on a national stage. But during this fight, broadcast on network TV, Ray’s challenger, Duk Koo Kim of Korea, went down in the 14th round and died within days. His death haunted Ray, as did the news that Kim’s despairing mother took her own life back in Korea shortly thereafter. These events ruined Ray’s carefully crafted public image and sent him into deep depression. He had haunted thoughts of Kim, and the fate of Kim’s son growing up fatherless in Korea. The author of this book, Mark Kriegel, does an amazing job traveling to Korea to uncover Kim’s story and to locate his son 30 years later. 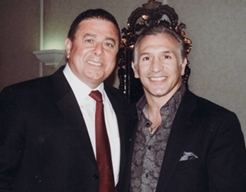 I fully recommend this book to everyone, which will be released by Free Press September 18, 2012; hardcover $27.00. For additional information and dates and locations of upcoming book tour signings, please contact either Meg Cassidy Meg.Cassidy@simonandschuster.com (212)698-4655 or Kristin Matzen Kristin.Matzen@simonandschuster.com (212) 698-2289.

I would to thank Simon and Schuster, Inc., 1230 Avenue of the Americas, New York, NY 10020 for sending me a courtesy copy of this fine publication for dmboxing.com

About the Author:  Mark Kriegel is the author of two critically acclaimed bestsellers, Namath: A Biography and Pistol: The Life of Pete Maravich. He is a veteran columnist and a commentator for the NFL Network, and lives in Santa Monica, California.

One thought on “A BOOK REVIEW by David Martinez”