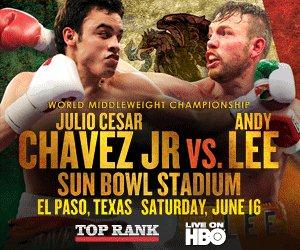 On NBC, it was a night of heavyweight beginning with Bryant Jennings facing Steve Collins 다운로드. Collins came into the fight with only one knock out in his last fourteen victories after winning his first eleven fights by knockout.   The first round was a feeling out round as neither fighter threw much but Jennings got his jab going and started to open up 다운로드.
This became more prominent in the third round as Jennings added his left hook and right hand to the mix as he started to score.  In the fifth round, Jennings landed two left jabs followed by a right hand which sent Collins to the rope and the only thing that kept Collins from going down was the rope 2020 수능 다운로드.

From this point, it was all Jennings but there were times that Jennings relaxed and allowed Collins to stay in the fight.  Collins could no longer hurt Jennings after the third round and Jennings landed several combinations including upper cuts, right hands along with hooks to the body and head.   The biggest flaw was his failure to finish off Steve Collins; who had nothing left over the last two rounds and wasn’t even really throwing any punches.  Collins was hoping to make it through the last two rounds to end the fight on his feet.    Jennings won the fight easy and showed growth but part of growth as a Heavyweight contender is to stop people who are your inferior 여고시절 다운로드.

In the main event featured Tomasz Adamek and Fast Eddie Chambers in a bout between two heavyweights who want one more shot at a title and a loss could end that shot 다운로드.   Chambers came into the fight at the lightest in his career and Adamek came in slightly heavier.  Chambers began the fight by jabbing and moving while Adamek moved forward but unable to connect on solid shots due to Chambers’ defense 다운로드.

In round three, Chambers connected on some excellent right hands as he seemed to befuddle Adamek whose punches on occasion forced Chambers to retreat but he failed to score as Chambers managed to block or slipped punches.  However at the end of the third round, Chambers told his corner that he hurt his left arm; maybe pulled something 빅스 노래.

While his quickness and speed appeared to be his ally in fourth and fifth round; Chambers found himself fighting with one arm.  Adamek proved to be more aggressive in the sixth round as he may have sensed that something was amiss with Chambers.   Chambers played like a second coming of Chris Byrd or for an older generation, Jimmy Young; a slick boxer with elusive skills but no real power.  In the ninth round, Adamek jab started to connect and off those jabs came combination as Adamek countered Chambers.  After ten rounds, Chambers looked good as he managed to avoid Adamek power shots but could Chambers count on a decision in Adamek backyard 다운로드? The answer came after final stanza as Adamek won 116-112, 116-112 and 119-109.  While Chambers connected on many clean punches and while the fight was closed, NBC announcer BJ Flores noted that the referee who scored 119-109 in favor of Adamek should find another line of work.   The case could be made that Chambers won the fight and you can make the case for Adamek but not an 11-1 round difference.  Being in Adamek backyard, the Polish fighter benefitted from being the hometown fighter as the judges gave him the benefit in close round.  Chambers showed that he is still fast but fighting with one arm put him at the disadvantage.  At 202 pounds, maybe Chambers might think losing those two extra pounds and go for a Cruiserweight championship 이클립스 color theme 다운로드.

On HBO, Julio Cesar Chavez, Jr. defended his version of the Middleweight title against Andy Lee, and with additional extra twist for boxing fans, Chavez had Freddie Roach in his corner and Lee had Emmanuel Steward in his corner.  The fight had two Hall of Fame trainer in the corners matching wits with each other.  Lee began the fight with a jab and during the first round, connected on two quick right hooks while Chavez connected with three left hooks.  Lee jab allowed him to control the real estate and land the more punches 젠7 바둑 다운로드.

Chavez best punch, the left hook, found a home early in the fight as he moved the right hand off the left hook and shot it over Lee right jab. Lee nailed Chavez with two solid lefts but Chavez kept moving and ended the third round with three vicious left hooks to the body.  At the end of the fourth round, both men nailed each other with solid shots off the rope as Lee nailed two solid uppercuts but Chavez pounded the body with left hooks.  Both men landed solid upper cuts but Chavez won the round since his punches were harder.

As the middle portion of the fight approached, Chavez was turning this fight into a war of attrition with his attention to Lee’s body.  While Lee connected on combinations, his punches did have the steam to force Chavez off the rope.

In the seventh round, Chavez pounded Andy Lee from one corner to the other side of ring with one big punch after another. Chavez has a short sharp right with his left hook and his defense was better than it has been before.   Lee throw nearly 200 punches over the first seven rounds but his connect average was far less than Chavez and Chavez power proved decisive.

I did get to see the Pacquiao-Bradley a second time and guess what, Pacquiao still won the fight in the ring and Bradley won on the scorecard, which is what count.  According NBC boxing reporter Chris Mannix, Top Rank is looking for a fourth Marquez-Pacquiao but if this is true; what is Top Rank thinking? Marquez has the style to win and we know that in a rematch with Bradley; Pacquiao will win.  So why risk a fight against a fighter whose style present trouble whereas another fighter has the right style to beat?  Doesn’t make sense if you are looking for a Mayweather-Pacquiao fight.  If you are not, then it does make sense.