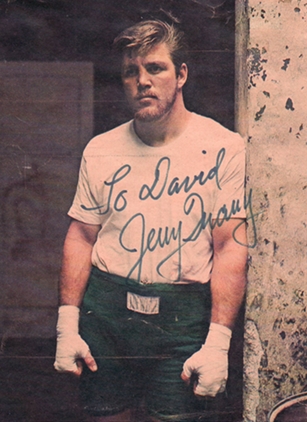 The 1970’s spawned such great and dominant champions such as Ali, Frazier, Foreman, Bobby Foster, Monzon, Napoles, Cervantes, Duran, Olivares, Arguello and Zarate html php 파일. In review of their fine accomplishments and the feats of some other fine champions of that era, several very capable boxers fell short of their dreams of becoming a champion 다운로드. Let’s take a look t some of these proud warriors. The ” Almost Champions “…

The first who comes to mind is Jerry Quarry 다운로드. He was as tough as they come and talented too. He received his first title shot in 1968 when he made it to the finals of the WBA elimination tournament 야나두 mp3 다운로드. He lost to Jimmy Ellis. In 1969 he met Joe Frazier for the NYSAC version of the title and was halted in seven. In 1970 he was stopped on cuts by Muhammad Ali 다운로드. If he would have won that fight it would have paved the way for a rematch with Frazier. In 1974 he got that return engagement with Frazier who was now an ex champion vlc osx. Jerry was stopped in five. If he would have won he would have been in a position to meet the winner of Foreman-Ali.

South African Pierre Fourie had four shots at the light heavyweight title. Too bad for Pierre he met two of the best light heavyweights of the era, Bob Foster and Victor Galindez. Bob and Victor each took a pair of fifteen round verdicts from Pierre.

Alvaro ” Yaqui ” Lopez was another tough cookie who failed in four attempts to win the light heavyweight title. He lost twice to Galindez, once to classy John Conteh and another to Saad Muhammad. Lopez even got a crack at the cruiserweight title losing to Carlos DeLeon.